FoAM is building a story for Electrified III: The Responsive City in Ghent in September. It's called Borrowed Scenery 1.0 and follows on from our previous Borrowed Scenery 0.1 in the same city in 2009. The story will be built out of parts arising and inspired from the groworld project - human plant interfaces, but with a focus on physical narratives and alternate realities based in the city. One of my tasks is to take two of our existing projects, Germination X and Boskoi and bring them together - absorbing the physical space of a city into an online game, as well as using a mobile foraging application as a way to propagate pieces of the overall story. This is a good chance to prototype some ideas for combining imaginary online spaces with physical spaces, online players from all over the world and people foraging in the streets of Ghent. 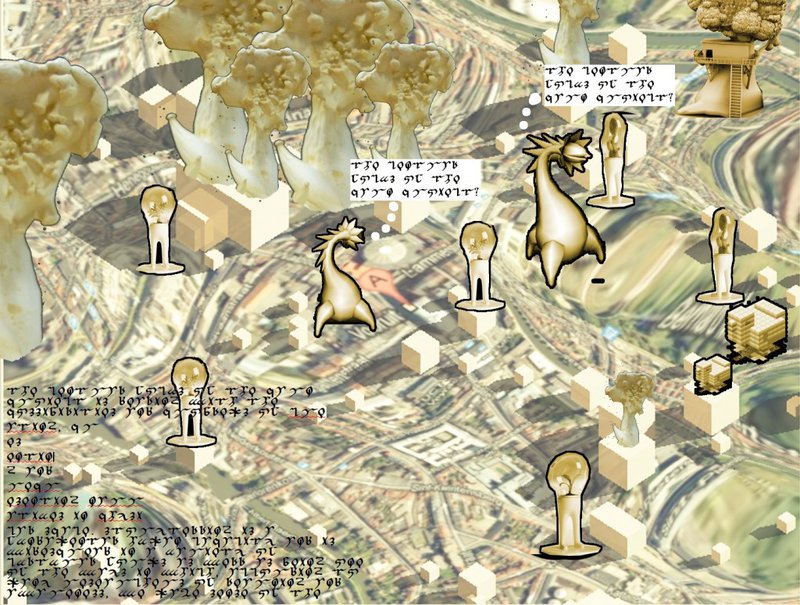 I'm starting with the game, and a working sketch using Maja's visual references for inspiration - some of the ideas here include:

Further ingredients will include the music of Stevie Wishart, plenty of patabotany and a good dose of tarot.