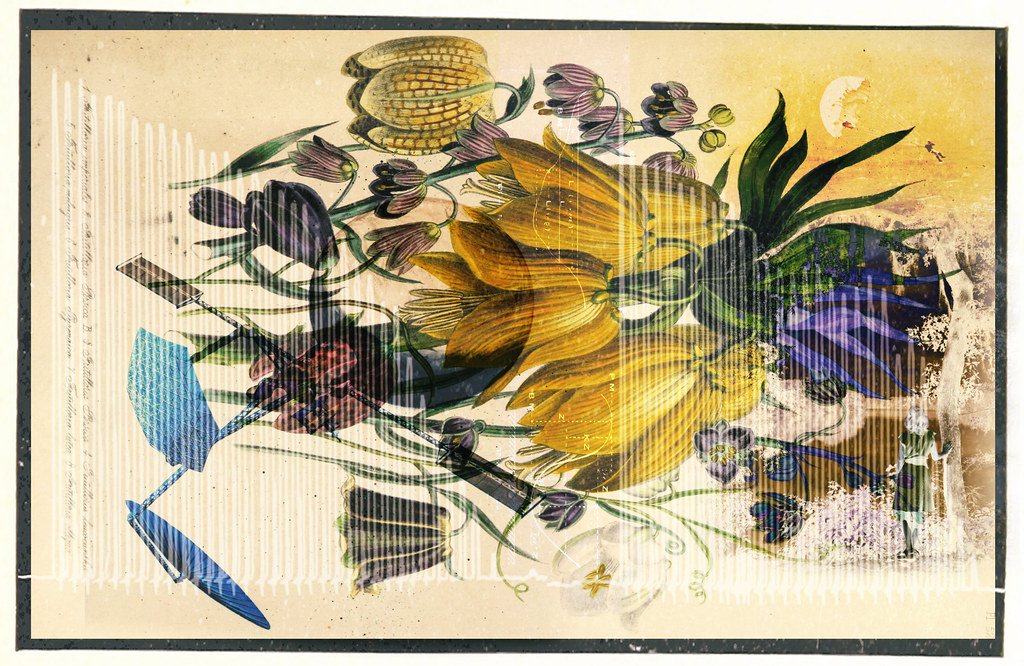 It’s no secret that the relationship between food, health and the environment is close to FoAM’s heart. We could say that this relationship is rather healthy within the microcosm of our studios – but looking beyond our front doors and gardens, it seems clear there's quite a bit of work to be done. So we were pleasantly surprised when curator Amanda McDonald Crowley approached FoAM in Brussels to design an Open Sauces evening about food and wellness from a systemic and environmental perspective. Together with Amanda we created a food futures dinner at the Edinburgh Science Festival. The generic futures entitled “continue”, “discipline”, “collapse” and “transform” were translated into a menu by FoAM and Ginny Hunter. The result was a tasting dinner in six courses, with dishes “beamed over” from four archetypal futures – including a vegetarian shepherd’s pie from a “disciplined” future and seaweed-flavoured potato peel chips from a world where most food systems had collapsed. The dinner was served in the style of Open Sauces, with toasts introducing each dish and guided converstations and documentation throughout the evening. Introducing the menu, Maja shapeshifted as a delegate from different food futures. We were intrigued to see what would happen in a pre-enactment as dinner, where guests could taste possible futures and reflect on them intellectually, sensually and somatically. Read more about our findings in this blogpost.

Building on Open Sauces and Biochymickal Arts, Rasa Alksnyte developed a series of workshops and experiments for school children, Kunst in de Keuken (Art in the Kitchen). This year’s programme focused (among other things) on fermentation and the almost alchemical transformation of food and photography. For the final gathering at FoAM, Rasa and Lies Declerck hosted 47 children who cooked, ate and philosophised about food and cooking. If you read Dutch, you might find this report from Lies an interesting read. 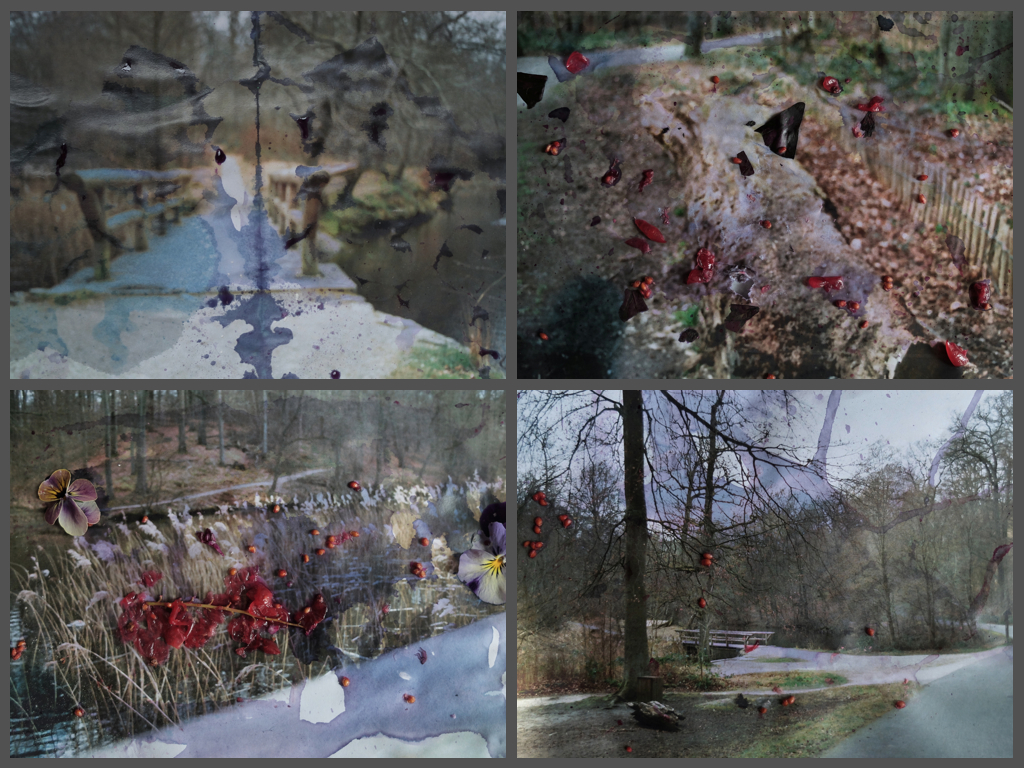 In the digital realm, Dave and Nik continue to work intermittently on the Open Sauces generative recipe project and website, with prototypes and first sketches flying thick and fast. They have been in contact with Wilfried Houjebek, who is developing a visual database that includes food pairing and ingredient-based cuisines. He recently mapped out a visual diagram of ingredients from such disparate sources as the cookbooks of Jamie Oliver and Nigella Lawson, Chinese and Mexican cuisines, discovering that Open Sauces can be seen as the pivot between them: in this picture the cuisines are connected, while here, without open sauces, the network fractures. How appropriate!

Anna Maria Orru of FoAM Nordica is also involved in mapping food systems – at a different resolution – in some projects involving urban farming and collaborative, crowdsourced mapping in urban environments. She recently led an “urban safari” along a metro line in Stockholm for the Gröna Linjen project. Taking farm gardens as potential acupuncture points in the city, this project seeks to weave together several urban farming initiatives and engages artists, architects, performers and geographers in highlighting the city’s ecological and cultural diversity. The safari explored five urban gardens along Stockholm's #17 “green line” metro route, giving them a “place on the map” and introducing participants to a taste of locally grown food, hands-on gardening practices, local ecological and cultural diversity, and much more.

In connection with Gröna Linjen, the Urban CoMapper project is a collaborative mapping initiative on the theme of “urban green potential”, and explores the role of food and food production in the urban landscape and its ties to community, happiness, aesthetics and ecology. The first stage of the project has been to encourage inhabitants to become active co-creators of the built environment by mapping the city via a recently released phone app, logging on-site, real-time information and contributing to a crowdsourced online pool of knowledge on existing and potential urban gardens in Stockholm. Anna Maria is working on this project in collaboration with Hye Kyung Lim (both of whom are doctoral students at Chalmers University of Technology). Anna Maria has been invited to speak at this year’s AESOP International Sustainable Food Planning Conference, taking place in November in Velp/Arnhem, The Netherlands on the theme of “finding space for productive cities”. 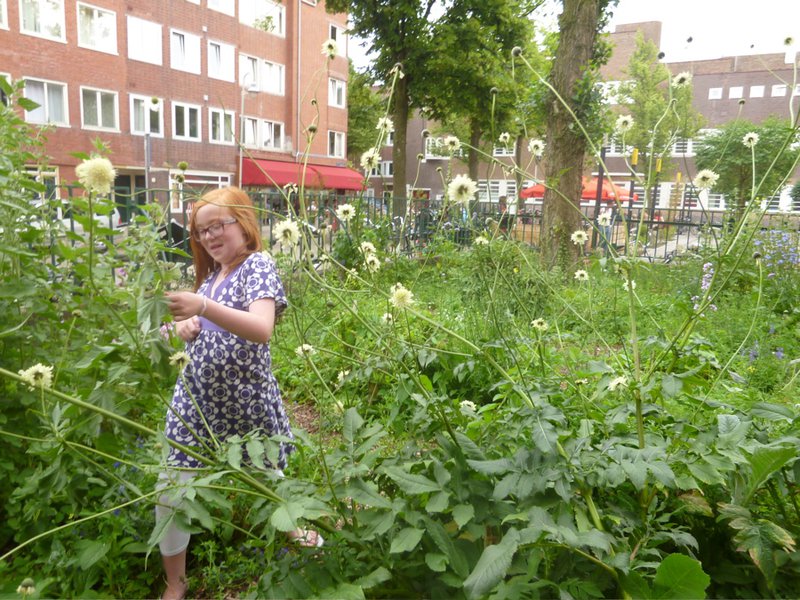 On the other side of The Netherlands, FoAM Amsterdam continues to develop their proefstations, “test gardens” inspired by historical experimental stations where practice-based horticultural research used to be conducted and the results spread through farming and gardening communities. Originally a top-down initiative by the authorities to improve the dismal state of farming in the Netherlands at the end of the 19th century, nowadays many proefstations are enclosed within university and industrial research complexes. However, Theun Karelse joins a growing community of citizen scientists in creating experimental urban gardens wherever possible. Most recently he began planting an orchard to practice his guerilla grafting techniques in the Creative Gathering Spot Amsterdam Midwest. He also made contact with Guus Lieberwerth of Het Hof van Eden (The Court of Eden), a living library of genetic material such as more than twenty different types of nettles. We hope that a continued and productive dialogue ensues.