The expedition onto the Zandmotor with geologist Bert van der Valk, before the culinery experiment. Image by Jeroen van Weste

The Hague-based Satellietgroep invited Theun of FoAM Amsterdam as an artist-in-residence for two months of cultural research on the Zandmotor. On this giant artificial sandbank that has been constructed at the coast near the Hague as an innovative method of coastal defence, fossils can be found that have been deposited along with the sand from the North Sea floor. During the two-month residency I gathered a sizeable collection of fossils. Some of these fossils are rather spectacular, like a mammoth rib or the tooth of a woolly rhino. These date back to the last glacial maximum (Ice Age) and are between 40,000 and 20,000 years old. There are also some less spectacular bone fragments. It is pretty amazing to find these objects and hold them in your hand. It made me wonder if they grant access in some way back to the ancient past. Can anything from those times be experienced through these bones? Would they perhaps still have a taste? This became an experiment to see if we could become the first people in many thousands of years to taste mammoth!

I approached Nadine Lemmers who works at the Hunnebed Centre in Borger (the Netherlands) who is an expert in prehistoric food and culinery practices, and experimental cook Sjim Hendrix. With Nadine's input and advice from the eminent chef Henri Roquas, who is an expert in archological cuisine, Sjim and I set out for a first test of an elementary broth. It consisted simply of a bunch of Zandmotor bone fragments and water. Sjim let it simmer away for 5 hours and then we tried it. It didn't look like anything had happenend but wow there it was a remarkably strong taste! So strong, in fact, that it kind of overwhelmed Sjim! 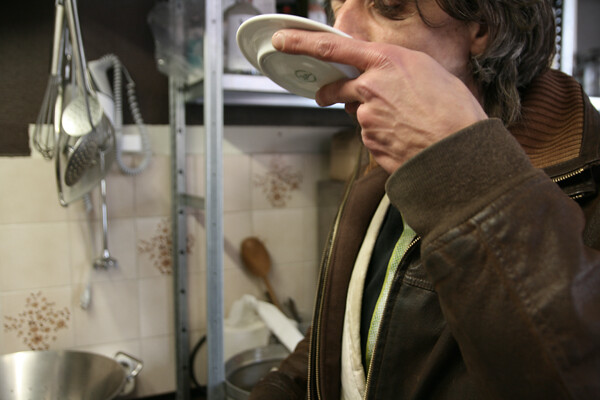 Over the next few days Sjim sketched out a recipe for a soup-based on the broth. We decided for Cultural Geology the second Zandmotor expedition organised by Satellietgroup to have the audience a quick shot of the elementary broth first and then have a more developed 'soup' afterwards. The ingredients of this 'mammoth soup':

Sjim linked the experiment to a text by Jean Anthelme Brillat Savarin in Physiologie du goût (Het Wezen Van De Smaak, 1817) on three stages of tasting. We asked two archeolological experts weither the fossil-broth was in their opinion a vegetarian dish; are these fossils considered animal remains or geological objects? They confirmed that fossils of this age still can contain traces of cartilage, marrow, and certainly DNA. The soup was well received by the experts and audience. 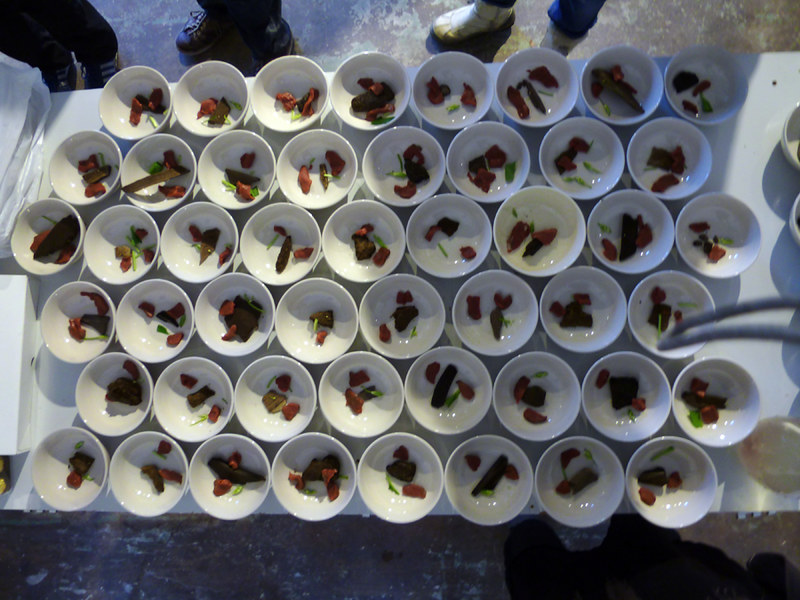 More about the research on the dedicated blog: http://technoecologies.tumblr.com/