Our team explored the tidal zone in sound and vision. We contemplated interspecies communication and how the 'thing' could facilitate interspecies communication actively or passively, and liked the idea of a sponge; a rather passive thing that can absorb and release. The 'intervention' eventually created by our team is designed as an interface to facilitate cross species communication. In this case to connect aquatic life (hydrosphere) to land dwellers (atmosphere). An interface, a term now mostly associated with human-computer interaction, can be defined as: the surface forming a common boundary between adjacent regions, substances, or phases; or: a point at which independent systems or diverse groups interact. Our interface is envisioned as a sponge-like creature that floats on the water. Under water it attracts and guides soundwaves into sponge cavities, from sounds made by small sea creatures. The pressure that thereby builds up pushes the water up through its channels,  forming bubbles at the atmospheric side. The floating sponges create a visual bubble pattern that can be observed by diverse land dwellers and flying creatures from large distances, giving an idea of the under water orchestra. 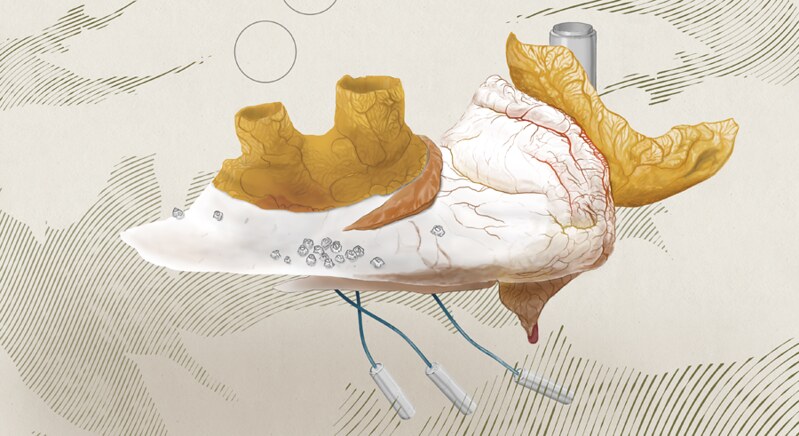