“Maybe we were the birds”

Speculation is necessary when old scripts no longer work. Futures that are ready-to-hand — provided through the cultures and communities that raised us, the expected trajectories of success and progress that structure our lives — depend on things around us staying the same. Futures produced reflexively, through reasoning and analysis, are only as useful as the categories we have available to think with (such as 'family' or 'work'). To recognise emergent possibilities for action, choices and ways of being that remain invisible to these habituated, reflexive futures, we need to think speculatively.

This text describes one simple method for speculative thinking, developed with young people while trying to understand their ideas of the future. I was interested in the relationship between habituated, reflexive, and speculative futures: these 12 and 13-year-olds were choosing subjects for their secondary school final exams, and I interviewed them in their north London school to learn more about how they imagined the future. Speculative thought is sometimes characterised as inspirational, a flash of insight. But after speaking to these young people, I have come to think of speculation as something that depends on what we already have to hand, the ideas and associations travelling with us when the occasion arises.

The method was straightforward. I asked young people to:

Originally, I asked them to describe a 'future' scene. The descriptions that came out of this process were futures, in the sense that they didn't exist and then, once imagined, they did — but they were not 'narratives of the future'. They pointed to a distinction between futures produced through speculation, possibilities recognised and drawn out from within the present setting, and the imagined temporal projections I had requested. For most of the young people I spoke with, the real immanent future of the present event eclipsed the rhetorical future I’d anticipated us producing. The experiment became an exercise in sensing possibilities, rather than projecting futures. 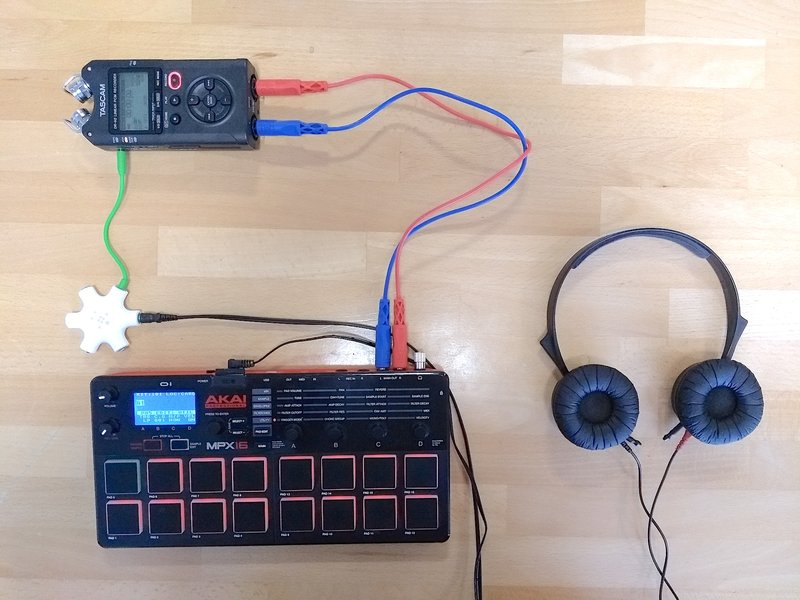 We used a sampler with unlabelled touch pads to play the sounds. Some of them were likely to be familiar, such as bubbling liquid, or the sound of a supermarket checkout. Others, I imagined, would be less recognisable, like slowed-down forest sounds or a braking tube-train. I included abstract sounds (synth chords) and sounds produced by human practice (a festival crowd), industrial sounds and sounds from the natural world — as varied a range as I could come up with. The sounds were presented without context, offering no clues to what they represented. Without a frame to locate the sounds in familiar experience or a cultural setting, the sounds could remain undefined, open to playing a role decided for them, not through habituated or reflexive thought, but some other kind of thinking.

These are speculative narratives, told from various perspectives. What makes them speculative? They go beyond what is given: producing these futures required young people to go beyond the information presented to them. Hearing a dying robot, or fleeing birds, or drums in a bubble bath, exceeds what was there to begin with. The experiment made it difficult to make use of our regular sources of ideas about the future. My hunch was that the lack of context for the sounds, and the likely novelty of their combination, would require young people to fall back on speculation; condensing the fleeting affects and symbols conjured by the sound into language.

This hunch followed Martin Savransky’s notion of speculative futures, those that overflow the categories and frames of the present, and cannot be anticipated using regular means. Martin Savransky and Luiciana Parisi each borrow Alfred Whitehead’s notion of the ‘lure’ to describe practices bringing the as-yet-unthought futures immanent in the present into some kind of empirical form. For Parisi, this process is a feeling for the "vibes" of "something that is not yet there". This experiment might be imagined as just such a lure, creating conditions in which futures can be imagined as new possibilities, rather than projections of what was already present. Existing scripts were of no use in imagining the possibilities posed by these unknown sounds. Instead, the setting required us to feel our way towards new stories.

The experiment engineered a gap, an absence where expectations and extrapolations might usually be found. In sociological discussions of this kind of gap, people are imagined to switch from a habituated mode of thinking to another, reflexive mode, in which possible actions are entertained not by virtue of being ready-to-hand, but through conscious deliberation. Under the right conditions, speculation might be an alternative to reflexive thought. Like many other researchers, I had been content to imagine the movement between these modes as a switch, immediate and total. In speaking to young people about the process, however, and attending to their development of speculative narratives (as recorded in interview transcripts), it became clearer that this movement between modes of thought happened by degrees, rather than all at once.

One mechanism these young people used to travel towards speculative thinking is memory, and the following examples show how recollection can make associations between ideas and feelings. They illustrate some memory-like ways in which young people moved from thinking about specific experiences and cultural elements to thinking about things that never existed.

You can listen to the sounds I used, and see credits where appropriate, on soundcloud.

Where do you think you are?

A waterfall. Um, maybe like, I’m the only one there

And, um, like, um can’t really explain it like, um I’m the only one there, um yeah I don’t know how to explain it

... That sounds like maybe someone’s working, their computer breaks down and you can hear the people outside, maybe a river nearby, or it’s just a pipe

And someone’s taking a bubble bath-ooh or, someone has drums, like a mini drum in the bubble bath and they’re just banging it, yeah like they’re just playing the drums. And then like there’s some weird scary music in the background h h

A bird is very curious and is therefore investigating a robot that has, fallen

Erm it’s been in a robot war and it has died, and it’s, trying to say its last words, and a bird is trying to, investigate it

For me that kind of reminds me of a lobby, I don’t know why like maybe the background music, or like someone just went in the lift and now the music’s gone because the lift’s closed and went up

Um. Um, like, you know how I said the birds they were flying away from the animals because they were scared?

Um, maybe, like, we were the birds and we were running away from something bad, maybe a fire or like a flood or something

Some of these young people used specific memories as a way into a narrative, while others used memory and remembering as an analogue for the kind of creative work required. They used memory to orient themselves, connecting unfamiliar sounds with previous experiences and making them familiar.

These young people described these initial conceptions as arriving unconsidered in their minds, just “popping in”. This might sound like speculation — mental images arriving alongside the unfamiliar external sounds — but is better understood, I think, as recollection, making an association between a novel experience and something they already had to hand. This might relate directly to a sound (so the sound of soldiers marching evokes soldiers in the narrative) or be more removed (the beeps of a supermarket checkout re-imagined as hospital equipment). But making these associations depends on the action of something like memory, and is the product of habituated thinking, of long-established dispositions to make particular connections.

‘Recognising’ individual sounds in this way was a prelude to the reflexive work of constructing a narrative that could account for the combined sounds. Such hypothesising is sometimes called ‘abduction’ (in contrast to induction or deduction), a provisional attempt at accounting for a state of affairs, feeling out a possible explanation. Writing on the internal processes that underpin agency, Mustafa Emirbayer and Ann Mische describe a kind of combinatorial ‘experimentation’, rearranging what is known about the world into new and previously-unimagined forms. In these young people’s accounts of their thought processes, something similar seems to have been going on.

But how do people get from dispositional and reflexive thinking to speculation? This exercise suggested my sense of speculation as qualitatively distinct from dispositional or reflexive thinking was wrong. Instead, young people seemed to move between them, scaffolding their explorations with ideas shored up by experience and culture. Associations moved between ‘this is’ and ‘this is like…’, making sounds into metaphors, with their connection to experience often tenuous or unclear. The device of recollection allowed young people to iteratively travel between familiar and unfamiliar ideas, gradually ‘remembering’ and combining more novel and unlikely things. Little by little, metaphor and association moved them away from the familiar and towards the unimagined.

Speculation is appealing because it deals with the unknown or unsayable, and often seems to come from somewhere outside ourselves. Tying it to pre-existing dispositions and habits of mind might seem to be an attempt to tame it, to render speculation flat and boring. It is not. Speculation is (I suggest) a distinct form of thought, recognisable in how its products go beyond our usual ways of understanding the world. But in acknowledging the role of disposition and reflexive thinking, recognising that speculation is made possible by the ideas we already carry with us, we can find a new way to value our past experiences. In uncertain times, when change is a given and continuity hard to come by, our cultural inheritances can give us somewhere solid to stand. The crises we all face demand speculation, and this heritage of the imagination can be a source of as-yet-unconceived ideas underpinning the genuinely transformative futures we need to live differently.

Erm, kind of like, I remember one time ... in the Albert Hall? So it’s oh I’ve forgotten what it’s called, erm yeah I was going with a choir and then yeah and there was like a violin playing

Oh this is it exactly ... yeah kind of like a orchestra, kind of, yeah or at least a stringed instrument

Um kind of reminds me of these movies where like, you’re in like a rainforest and there’s like birds chirping and, um, I forgot the name of the movie but it just makes me like remember that

That reminds me of somewhere like, that makes me think of somewhere in China, maybe, yeah, because that sounds like music from China, and the instrument

That kind of reminds me of an eerie horror, horror movie

This text is featured as part of FoAM's Anarchive