(Algo|Afro)futures is a mentoring programme for early career Black artists who want to explore the creative potential of Live Coding.

New to the concept? Live coding is a performative practice where artists and musicians use code to create live music and live visuals. This is often done at electronic dance music events called Algoraves, but live coding is a technique rather than a genre, and has also been applied to noise music, choreography, live cinema, and many other time-based artforms.

Working with new media artist, curator and audio-visual live coder Antonio Roberts, we will work with a group of Black artists from the West Midlands to imagine the future of live coding practice through workshops and performance.

Live coding is a developing practice that is in need of diverse perspectives in order to move forward in a creative and healthy way. There have been efforts in this direction but with some exceptions, these have largely focussed on gender diversity, countering the heavy male bias in technology, with some success. These efforts have been intersectional but the recent growth of the Black Lives Matter movement during 2020 has caused us to reflect further on the disproportionate lack of Black artists in the UK live coding scene. This is despite much of live coded music heavily inspired by Black music, much of which developed against a political struggle. 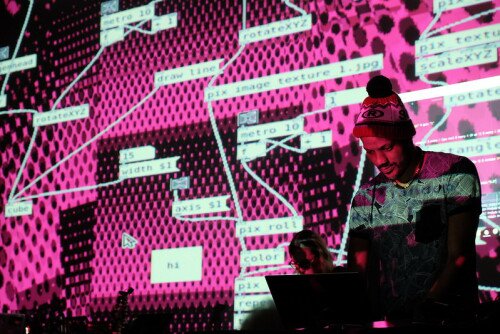 Although this project responds to the lack of Black representation in the live coding and Algorave scene we don’t necessarily intend to ‘solve’ that problem. Instead we want to provide early career artists with the time and resources to explore live coding and algorithmic music/art, and take it in whatever directions they want to (or not!). In the process we can learn about what barriers and opportunities there are for those futures.

This collaboration with Antonio Roberts is made possible with the support and further collaboration of electronic music researcher Christopher Haworth, and his AHRC Leadership Fellowship project Music and the Internet: Towards a digital sociology of music, which is funded by UK Research and Innovation. The workshops are co-organised with Vivid Projects, a centre for the production and exhibition of media art, located in the Digbeth area of Birmingham, UK.