The Sonic Kayak is a musical and scientific instrument with which to investigate nature. Kayaks rigged with underwater environmental sensors generate live music from the marine world, providing the paddler with an extra dimension of senses with which to explore the underwater climate, while enabling citizens to gather important climate/environmental data.

The system is fully open source and is now equipped with sensors for water temperature, water turbidity, underwater sound, and above water air particulate pollution, all recorded continually with GPS, time and date, enabling fine-scale mapping. All the sensors are sonified in real-time to the paddler, meaning that they can hear changes in the environmental data as they happen. The latest preprint about the Sonic Kayaks is available here.

The Sonic Kayak project emerged from the Bicrophonic Research Institute (BRI), established by Kaffe Matthews and David Griffiths in 2014. Through ten years of international projects the BRI developed the Sonic Bike whose music changes depending on where and how fast the cyclist goes, played through a pair of bike-mounted speakers and onboard GPS system. We have built on this system together, adapting it for use on kayaks and adding environmental sensors.

An earlier version of the Sonic Kayak system was published in PLoS Biology as 'Sonic Kayaks: Environmental monitoring and experimental music by citizens', and featured on BBC Radio 6 Music in a long interview with Cerys Matthews. 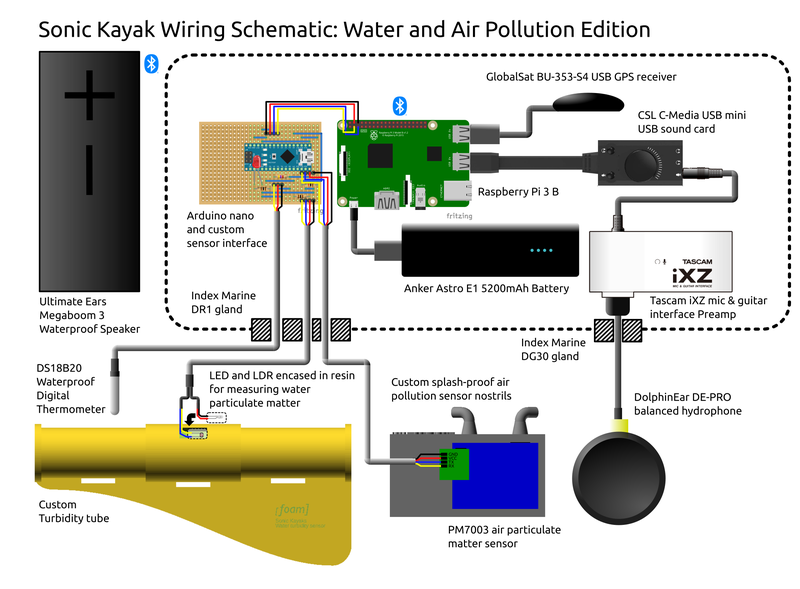 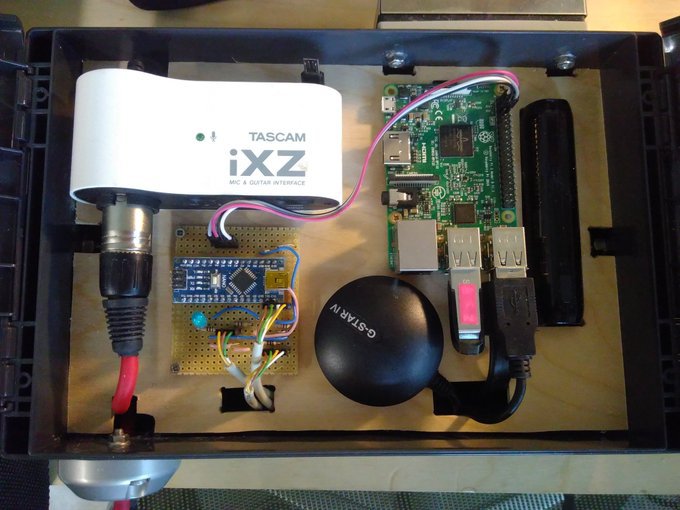 The project is led by FoAM Kernow and Kaffe Matthews. Lots of other people have joined us along the way and become integral to the team, including marine researcher Dr. Kirsty Kemp, underwater noise researcher Dr. Jo Garrett, remote sensing researcher Dr. James Duffy and professional kayaker Dr. Claire Eatock.

In 2018/2019, supported by Smartline (European Regional Development Funding), we worked with an accessible kayak club (Access Lizard Adventure) and researchers at the European Centre for Environment and Human Health to see if the system could be useful for navigation and independent kayaking for people with visual impairments.

In 2019/2020 we have received funding from ACTION (European Union’s Horizon 2020 research and innovation programme under grant agreement No. 824603) to develop a water turbidity sensor and an above water air particulate pollution sensor, and add these to the Sonic Kayak system together with new data sonifications. 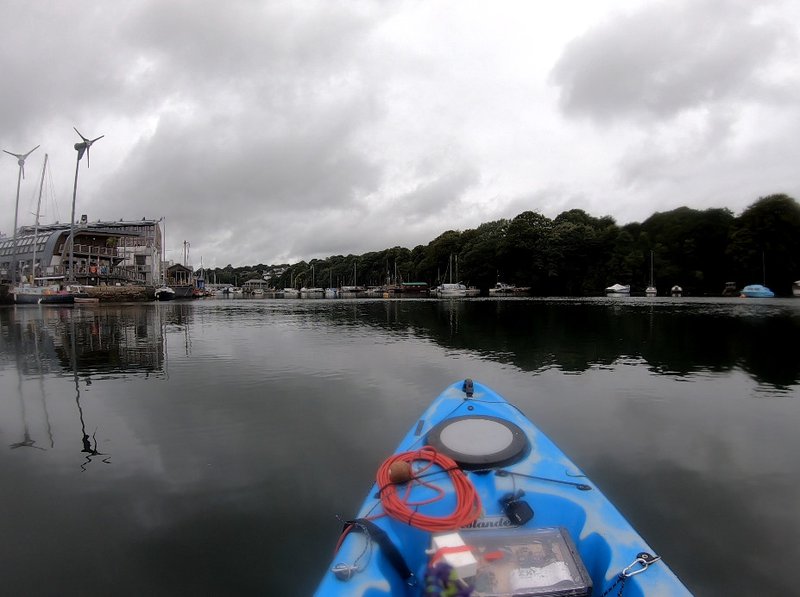