Viruscraft began as a Wellcome Trust funded research project combining tangible interfaces, craft and computer games to explore the work of evolutionary biologist Dr. Ben Longdon, who is finding out what determines the ability of a virus to jump into new host species. Viruscraft is now under further development with Dr. Ben Ashby, who has commissioned us to create a multiplayer version - more info on this in the 'What's next' section below.

If you zoomed in enough, you would see that viruses are geometric structures. These structures are coated with tiny shapes made from proteins. The shapes on the virus fit into similar shapes on the surface of host cells. If they match (a bit like a key fitting into a lock), infection can take place. To avoid infection, hosts evolve to change the shapes on the outside of their cells. To keep up with this change, or to move into a new host species, viruses have to evolve their own surface shapes. In real life this happens all the time, like the bird flu virus mutating to infect humans.

We designed Viruscraft to allow anyone to explore how viruses evolve and jump between host species - the game is based on real host-parasite evolutionary dynamics. The game is played from the perspective of a virus - players evolve their virus by changing the shapes on its surface. When the shapes on the virus match a host creature on the planet, infection can take place. The aim is to keep your virus alive as long as possible by evolving to infect new hosts. Players must avoid killing off all the host species, or their virus will die too. 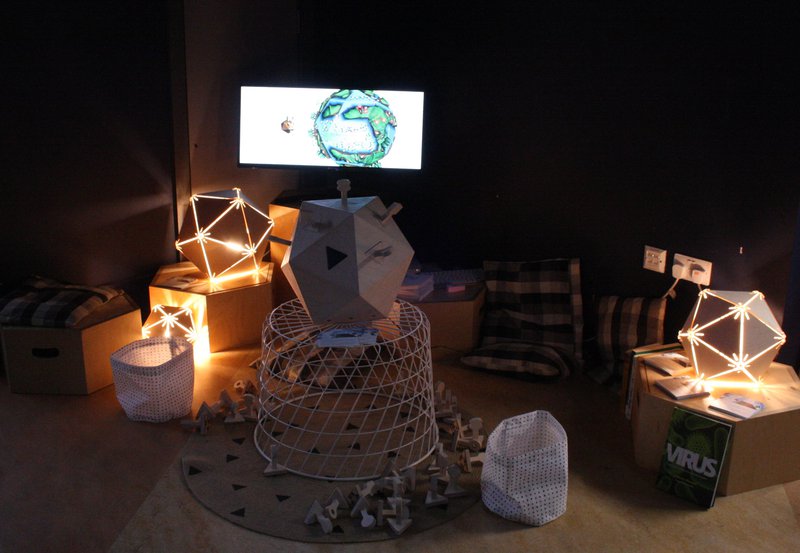 There are two versions of the game - one is screen based (see link above) and looks like this: 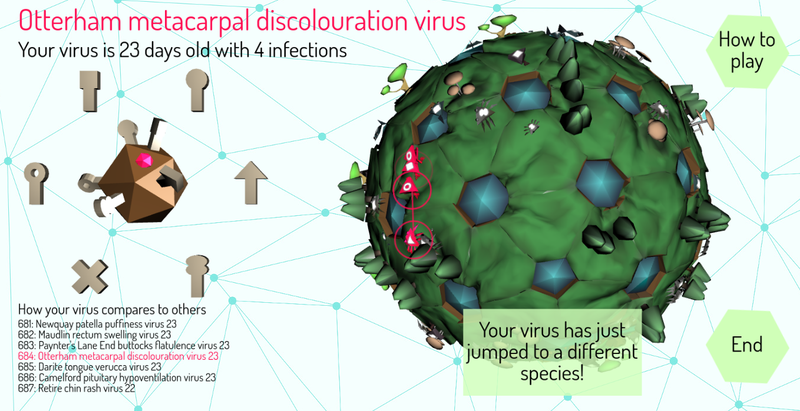 The other version is a tangible interface system for exhibition use. The tangible interface is a large wood virus with lots of plug in shapes - these plug in shapes represent the proteins on the surface of the viruses. When the shapes are changed, this is automatically detected using photointerrupter sensors on the virus itself, and simple barcodes on the bases of the plug-in shapes: 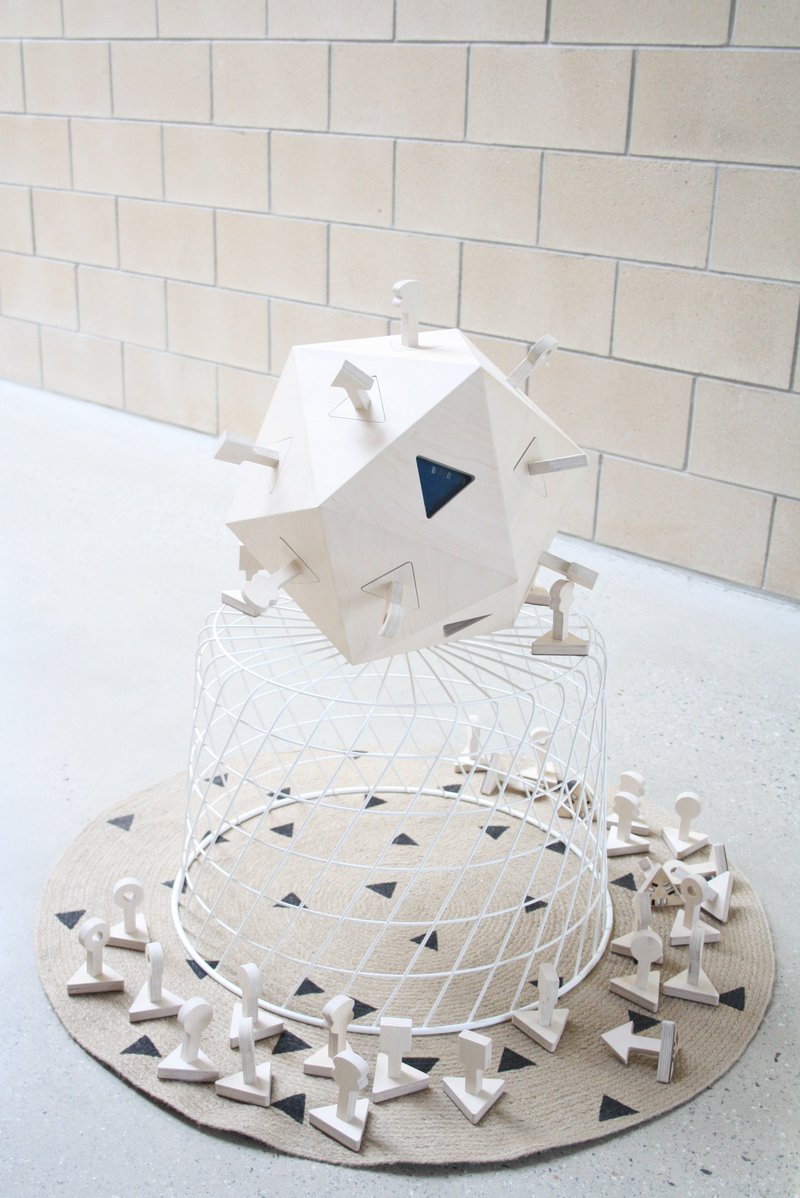 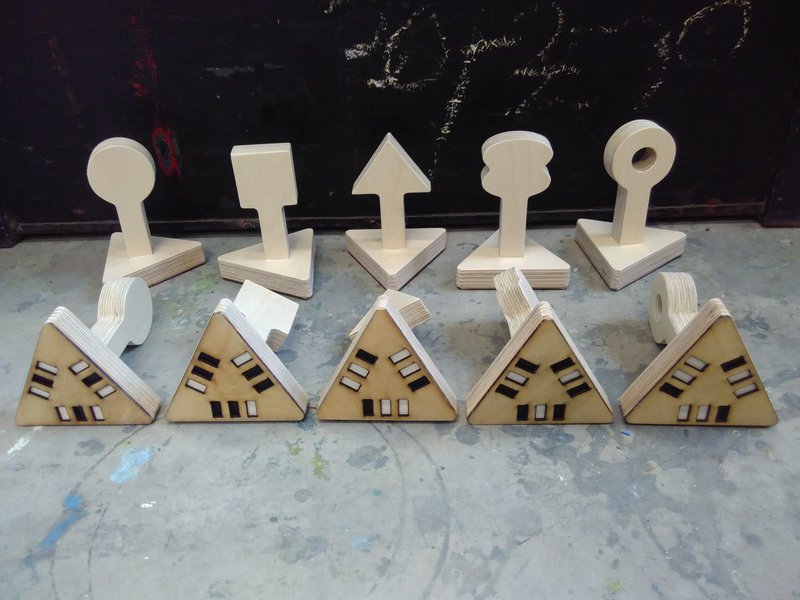 Viruscraft was developed through a series of open workshops. We launched with a workshop in April 2017 to co-research virus genetics and structure, and use craft approaches to explore ways of building modifiable viral structures for informing the tangible interface design. We then held an open workshop in April 2018 for testing and improving the prototype version, and finished with an open event for testing the full version with visitors at the Eden Project in Jan 2019. You can see photos and videos for the project here.

The first Viruscraft workshop made an appearance in Blueprint magazine, and another interesting unexpected outcome from the project has been that one of the original workshop participants, Aaron Moore, ended up creating a whole range of virus-inspired items, including a virus shaped lampshade which we now use in the installations (he also made a virus shaped chair and... funeral urn). The design and build of the tangible interface were made in collaboration with Aaron and his brilliant woodworking skills, and the pieces for the final version were cut on his enormous self-made CNC machine the St. Agnes Makerspace.

The code and circuit board designs are all open source of course. 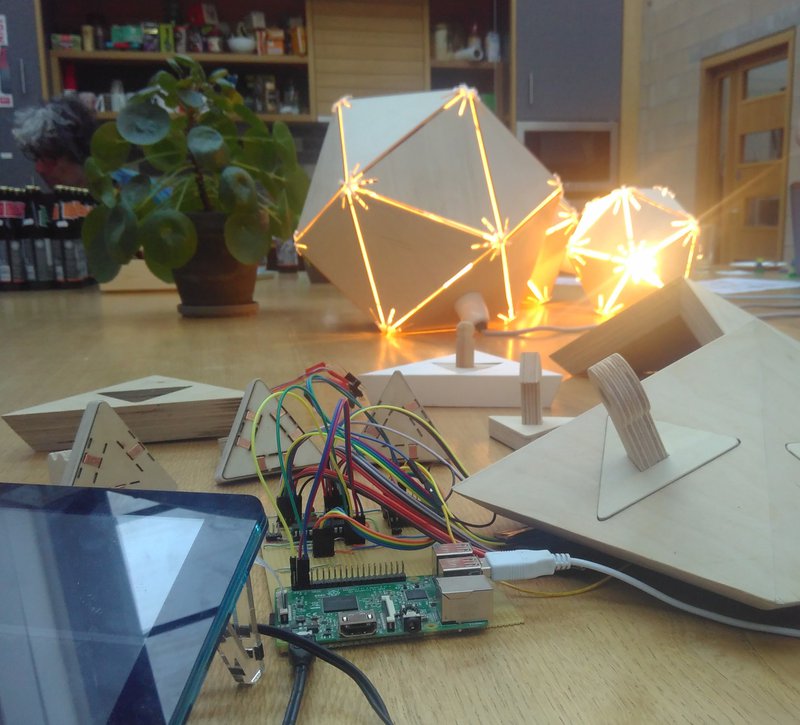 The original Viruscraft research project ran from 2016-2019 and was funded by the Wellcome Trust as part of a Sir Henry Dale research fellowship. Additional funding has been provided to FoAM by the Cultivator Skills Development Programme (the European Social Fund, Arts Council England and Cornwall Council).

What's next? An actual pandemic...

In early 2020 we received funding from the University of Exeter to complete evaluation on the project - the plan was to install the tangible interface and screen based versions at the Eden Project, seeing how people use them and what people learn from them, with help from Dr. Lotty Brand. The plan has however, been scuppered by a real virus, jumping from its wildlife host into humans and spreading around the world. The Eden Project closed its doors, our collaborators there were made redundant, and the idea of people gathering closely around a wood virus, touching and sharing the plug-in pieces, became obviously untenable.

Also in early 2020 we began a new commission with Dr. Ben Ashby at the University of Bath, and decided together to build on the existing Viruscraft game and exhibition - in continued collaboration with Dr. Ben Longdon. The plan was to simplify the game mechanics but making it multiplayer, with installations in multiple locations at the same time, allowing people to drop in to a collective long-term ongoing game world. Given the timing, the project has been stalled, but we've decided to focus initially on making the tangible interface a little bit intangible... waving hands over sensors to change the shape of the interface, rather than plugging in physical objects to change the shapes. We are now engrossed in R&D for this, making tiny wooden gears out of a makeshift studio in a shed... 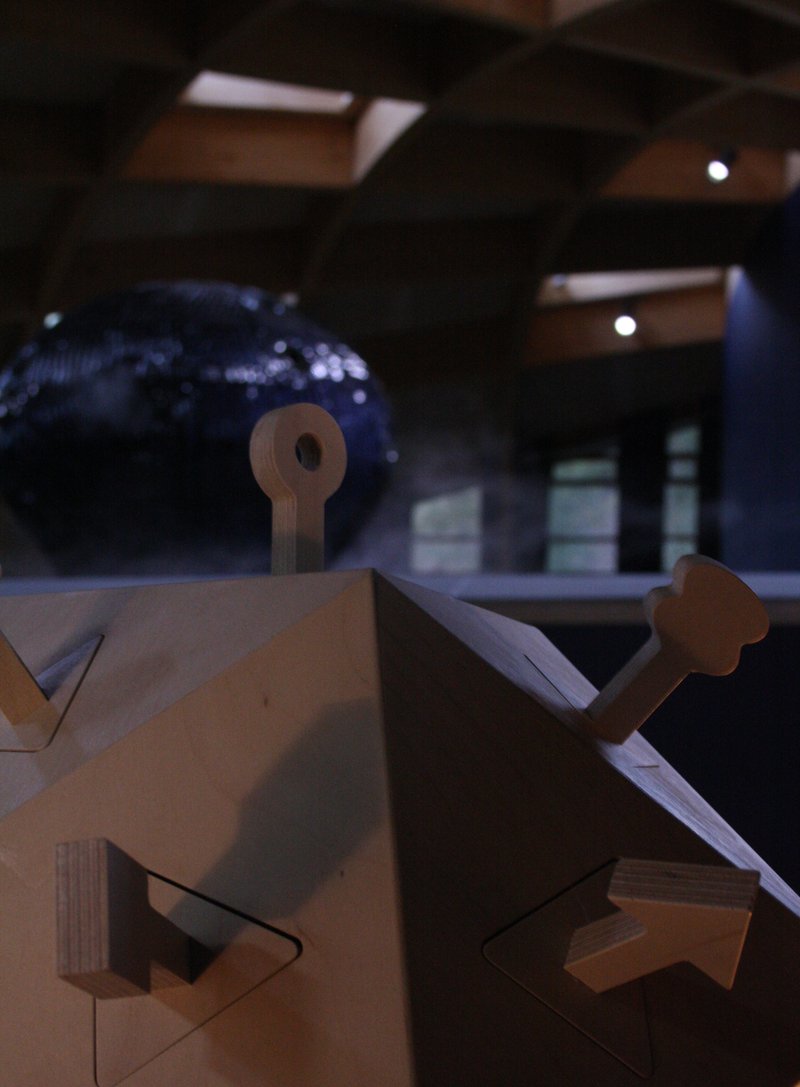 On request we've released some of the early prototypes we developed for this project to understand the modelling of virus spread through communities and between species:

This "SIRS" Epidemic model shows how connected individuals or households who are in contact with each other flip between susceptible (yellow), infected (red) and immune (green) and then back to susceptible again as the immunity wears off.

The multi-species infection prototype shows how two "species" are capable of spreading a virus between them, one mobile (insects) the other stationary (plants).