The sun scorches the Slovenian landscape around Marko Peljhan's idilic mountain retreat into a crispy herbal wafer. These hills are undergoing the worst drought in decades. Along the roads plants are covered in a thick layer of grey dust. A cloud of dust billows out behind the landrover that is transporting us up here. This is a potato safari. The potato field owned by the grandfather of our amazing cook Micha has clearly been impacted by the weather. This will be our last supper before the hike. One last night in a tent. 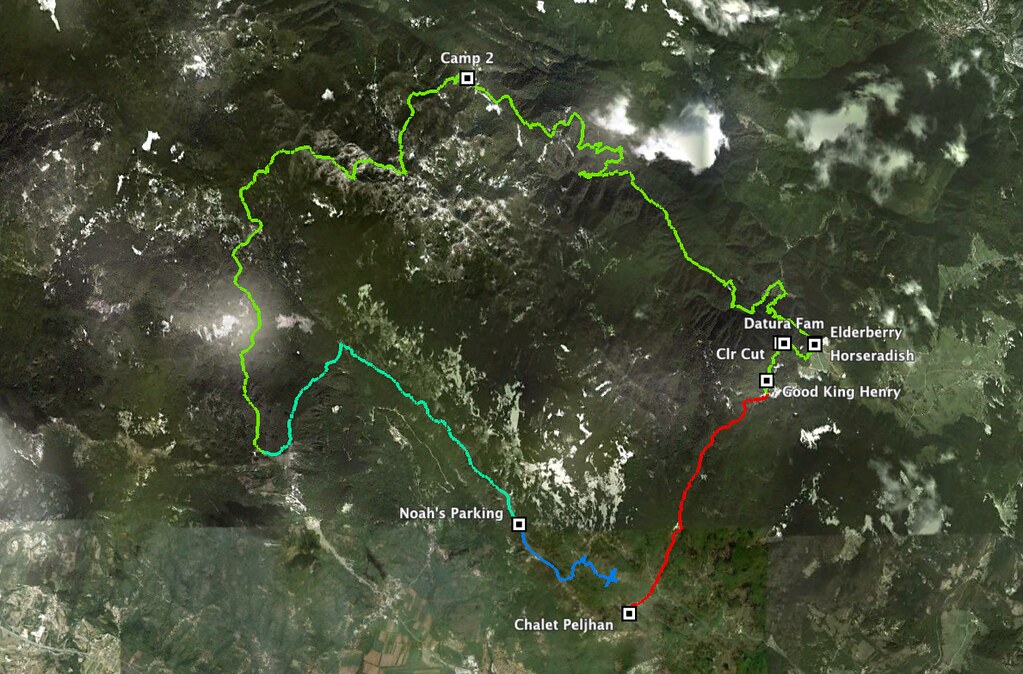 In the morning, before the heat reaches its worst, a gentle, rather tall figure appears from the woods. Our guide for the hike, Dario Cortese energizes the Resilients team with drinks of kombucha and absinth. We proceed into the forest and up to the edge of the cliffs, stopping in the most unexpected places to admire local wild edible plants. Dario is a walking encyclopedia, sharing a deep knowledge of the countryside in a mixture of English and Slovenian and peppered with Latin botanical vocabulary, occasionally intertwined with historic perspectives described by Marko. What an excellent way to become familiar with a new place!

The first day of the hike leads us into a spectacular national park. Guided by Dario and his intoxicating 'stomach medicines' we proceed deeper and deeper into the forest. By nightfall we find ourselves next to a ruined loggers' house, eating a light supper of potent aromatic herbs that have been charged and condensed by months of blistering sunshine. Sleeping bags are laid out in the last rays of light. The sunset is amazing, the stars even more so. As we float on the few centimetres of foam in our hiking matresses, high above us the International Space Station passes; the nebulous Milky Way reveals itself in all its glory.

In the dark of the night from the hills surrounding our base camp a horrendus cry breaks our light sleep. Something is galloping towards us through the woods with awesome power, barking away like a mad dog. Our brave team lie frozen in their sleeping bags. Why don't these bags have legs so we can run?! Zipped up to our chins, are we to be helplessly dragged away into the forest like conveniently wrapped evening snacks?! What is this abomination coming towards us? To our great relief the beast continues its journey across the hills on our left, disappearing into the night.

The next morning coffee serves as a portal back to reality. In the morning light things seem so much calmer again. The creature that roamed through the night is apparently a male dear! Dario is very amused by our stories from the midnight encounter. We set off relentlessly going further into the wild. This second day of the hike leads us up to dizzying heights into the mountains. The meadows dominated by Wild Carrot and Parsnip have given way to Beech forests with Raspberries that energize empty stomachs, and a mountaintop with a telecommunications mast harboring Atropa belladonna at its base. Deep under these dry mountains is a subterranean lake; the limestone rocks hide narrow tunnels going down into the deep. The team however continues to climb up until we reach a meadow, where we will spend the night. Under the pine trees we spend our second night after a meal of ever more potent aromatic herbs. 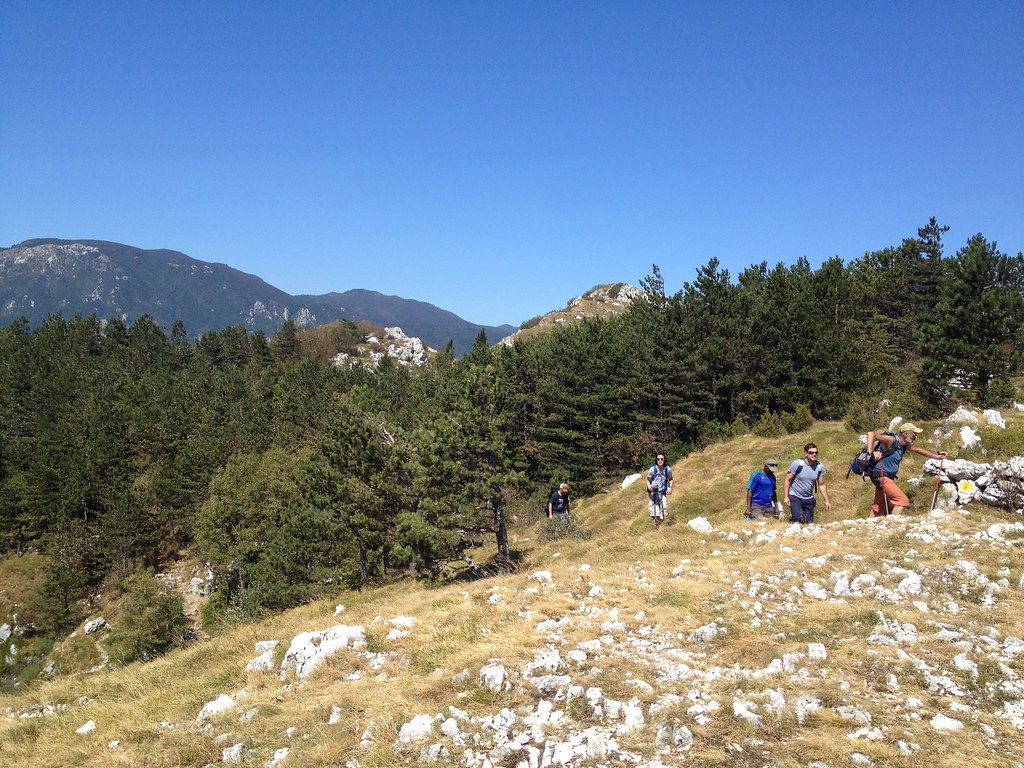 The Resilients team wakes up to the sound of what must be a weird local hunter singing like a madman. However, it turns out to be our guide Dario. Not all of the team appear to be in great shape. The absinth 'stomach medicine' has taken its toll on our Tanzanian fellow explorer. By 'calling some deers' as it is known locally, he clears his body of the spirits that haunt his bowels. His body is drained of energy, but he will continue with us up to the very mountaintops. The hike is turning into quite an epic endeavor. By carefully-placed footsteps, grabbing rocks we wind up the narrow paths and climb to the highest ridges. The landscape is unbelievable, like a scene from Lord of the Rings. From the peaks the team oversee their entire journey; from the meadows close to the ridge, to the forgotten valley where we swam in the crystal clear waters. But our stomachs do not let us rest. Rumors have spread of a mountain hut with food down the other side of Viper Mountain. The famished team feasts on strudel and beer. We continue down past the raspberry fields in the forest to make our camp for the night as we re-enter civilization at Caven.

Dario, our eccentric but excellent guide, led us on this hike. We have seen, touched, smelled and tasted this area now. We have learned to recognize many of its plants. We are now ready to continue. We are ready for phase 2 of the Unmanned RT.