I See I See What You Don’t See

Every time before meeting kids from a new class, I get excited and a little nervous. I prepare a full programme and choose the theme. But one can never be sure in advance if the ideas and methods will be interesting or work for the children. Every group brings its own energy, creative potential and willingness to experiment. This year I chose the theme of “I See I See What You Don’t See” – inspired by the well-known game, “I Spy with My Little Eye”. 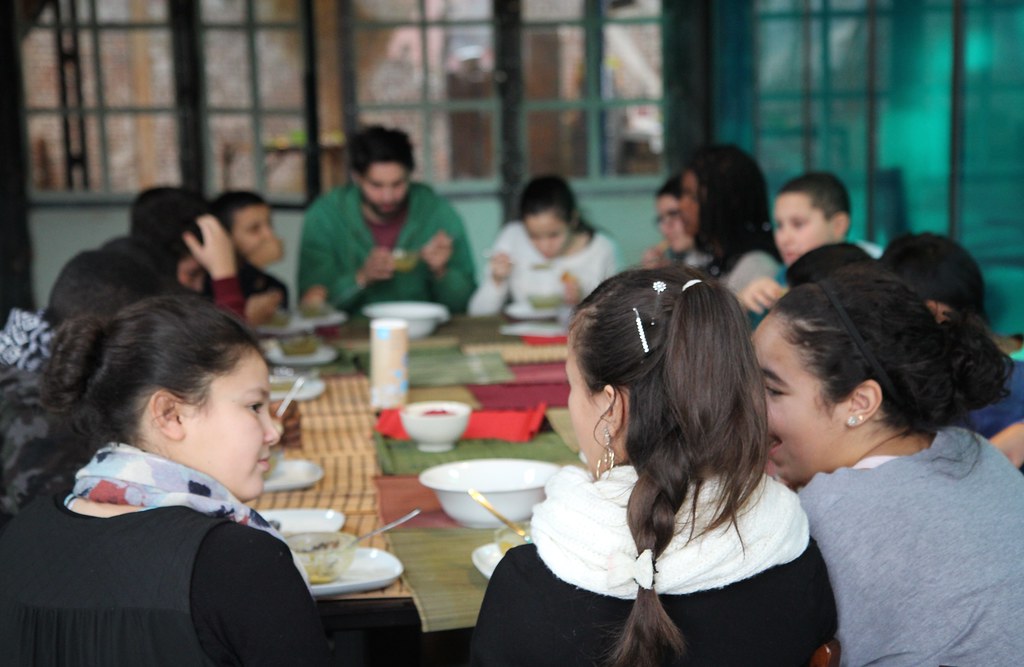 I’ve noticed that teaching in schools is not always about making, creating things but a lot about talking, analysing, sharing, and most of all trying to think out of the ordinary. But what does that mean and how can you teach children to do that? Just telling them to “think differently” doesn’t work…

For the final session of Kunst in de Keuken with my school last year, my colleague introduced a method that she called “Talking Apple”. The idea was that you pass an apple round the group while asking, “What is this?” I thought this simple game was a perfect start to the programme this year. 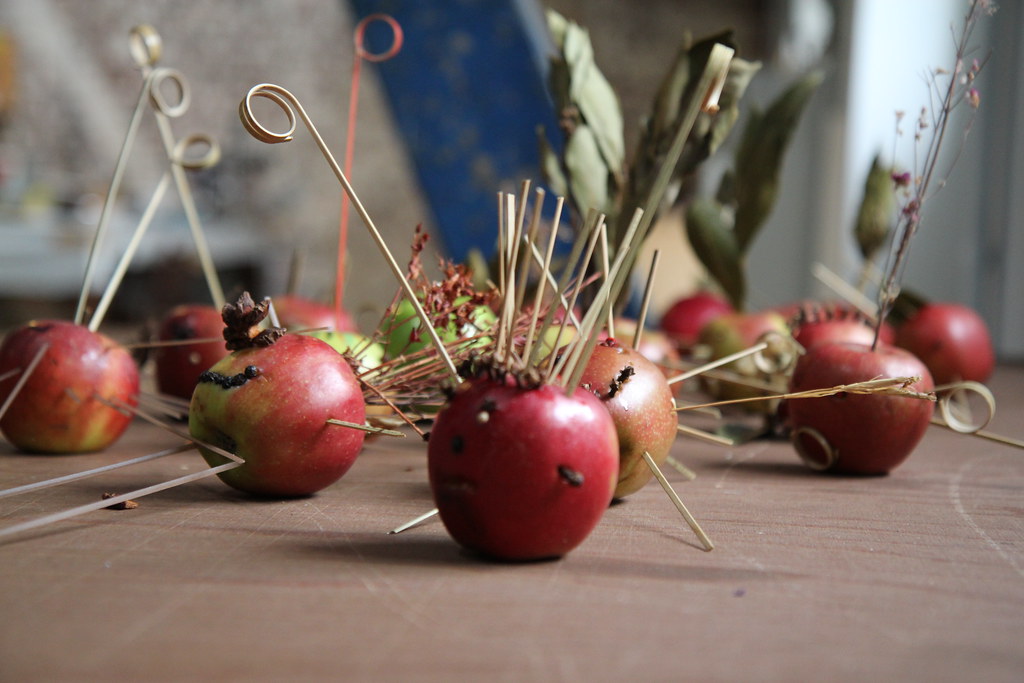 Pursuing this idea, the kids each got one apple and some material found in the kitchen – spices, dried herbs, satay skewers, dry pasta. They had to contemplate the apple and decide what it could become. Of course many apple-faces emerged – but also a few very abstract creatures, such as a bike with one wheel, a rabbit, an Indian crown… I didn’t tell them that there was a hidden sequel to the exercise: the apples will be left in the studio until they become very wrinkled, and we will look at them again later to see what time has made of them.

After a self-made lunch we did another experiment. Four groups received a blank sheet of paper, a pipette of beetroot juice and a few pieces of beetroot. This exercise appeared to be even simpler than the last. Each participant had to squeeze out five drops of beetroot juice on the paper, make five stamps with the piece of beetroot and draw five lines connecting the stamps to the drops. The difficult part followed. We had to look at the shapes and drawings that emerged and tell each other what we saw. “I see nothing” was one answer. So we had to look even more attentively. Soon enough, there started appearing giraffes, an Atomium, a person with extremely long legs, a ballerina, a bed with a fluffy pillow, weird and angry faces… 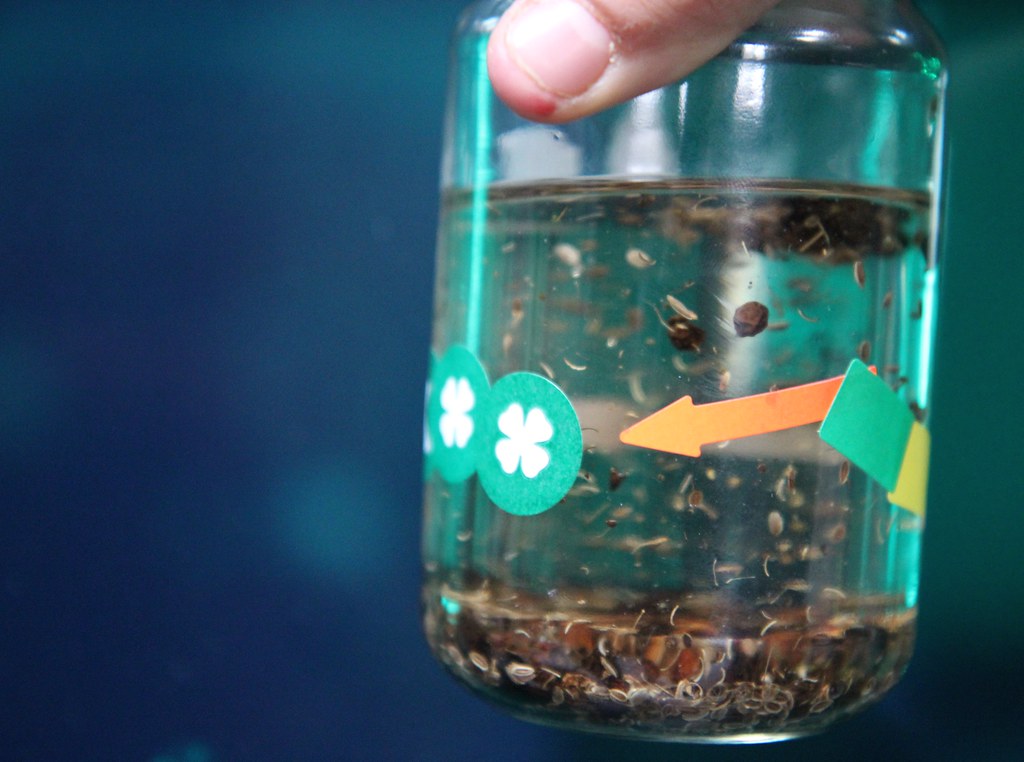 To end the day, we had to do one more thing: choose two herb/spice combinations and cover them with oil to extract the flavour. After we did this and were holding our beautiful jars in our hands, I asked again: “What is this?” Jar with oil, jar with herbs and oil, jar with oil… But what if it was the eye of an alien creature and they see our world through oil and herbs? Kids had to walk around in the studio and look at things through the jars. We took photos of what they saw with selected backgrounds.

But this was just a beginning. For the next month and a half I will be exploring things together with this class and seeking to discover what lies beyond what we see: designing experiments and talking about them, but most importantly having lots of fun doing all these things together. 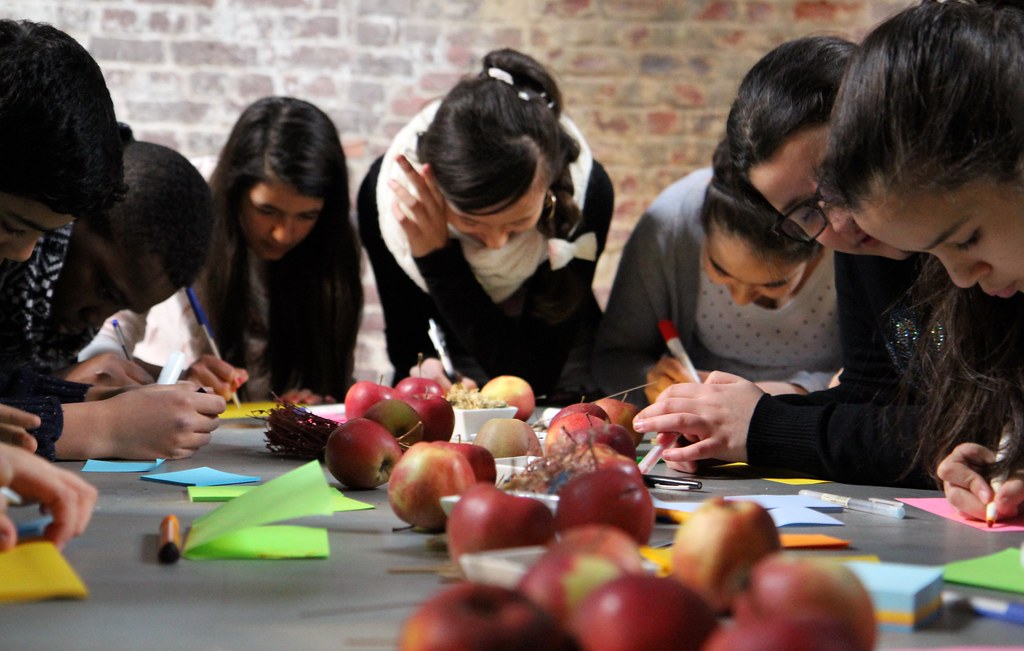