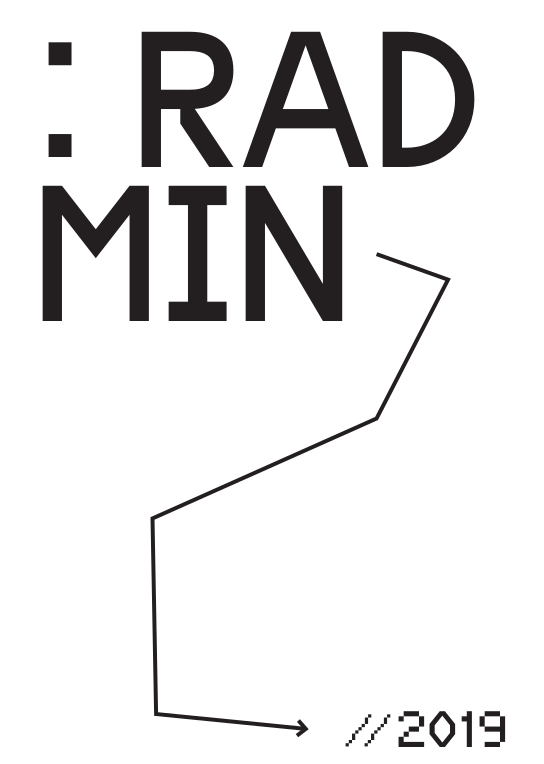 The ember of thinking behind RADMIN was less a curatorial venture than throwing up a tracer or lighting a bonfire, to illuminate what is out there, and/or who or what would be drawn to the prospect of a Festival of Administration. The topic of administration represents only a sub-category of a larger enquiry, into how we might do, think and represent business differently. But by nature being urgent, common, everyday (yet curiously segregated when it comes to creative practice), enveloping of both individual and collective situations (while going often unspoken and unacknowledged in each), socially awkward and determinedly anti-spectacular, it seemed like a good place to start.

RADMIN was devised and delivered with support of a number of larger collectives, from the long-standing Cube Microplex, the recently assembled Feral Business Network and FoAM's nascent Institute for Experiments with Business (Ibex). It was a space to lay out a tangle of burning questions, such as,

The organising interest was to extend a critical and experimental attention from content to containers: the infrastructure in which the art work takes place. RADMIN was also and specifically a festival in, of and about the Cube, crucible of much of this thinking. The Cube is a cinema arts space, music venue in Bristol, programmed, staffed and governed by approximately 150 volunteers. It has run its core business without recourse to budgets, spreadsheets, office hours or a business plan since 1998.

RADMIN was designed in the form of a DIY conference, where questions of administration from the catering to timekeeping, staffing and conference lanyards could take centre stage. The programme opened with a Gala Dinner, accompanied by a series of dinner speeches to cast the terrain of what might be considered 'administration' wide (the business school, trade and logistics, monetary experiments, hitchhiking, archiving, plumbing and radical art history). The Day Two Convention was arranged as a more traditional series of workshops approaching legal, administrative and organisational issues from diverse perspectives, including a Vegetal Organisation workshop with FoAM's Ingrid Vranken, and FoAM Earth's performance lecture Dark arts, grey areas and other contingencies. After an evening Office Party at the Cube, Day Three opened out into delegate-generated content with a Trade Show, Radio Show, Art Sale and Business Experiment Raffle, followed by a mass Usher Training session, before closing with the reassuringly familiar format of a feature film.

RADMIN was also and primarily a place to encounter diverse others in organisational drag. Most delegates took up the invitation to register as business entities, including those who attended as self-employed individuals. The sum of delegate bios together made up the printed programme, which was the event's main treasure. 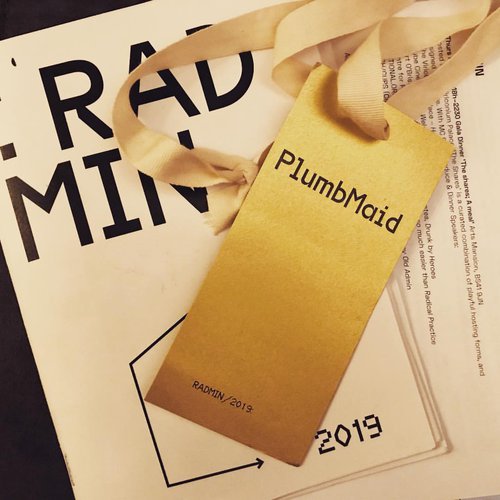 While RADMIN steered away from economy as its main focus, money surfaced with persistence in the programme as an organising technology. The festival was designed to demonstrate a wealth of resources, counter to a litany of monetary scarcity that surges through many conversations in the arts (as elsewhere). These included a feast, a mansion, several outbursts of cash and the richness of innumerable projects, endeavours and lives' works. In the end, life rather than money loomed over the programme as the scarce resource, as a slew of health-related events caused a number of last minute absences and interruptions.

The budget was both an organising input and a featured artwork. In accordance with the economy of the Cube, the event was financed from ticket sales, supplemented with substantial personal/organisational resources.

The programme was book-ended by two monetary experiments. At the opening dinner, the Viriconium Palace placed the £780 allocated to cover the dinner ingredients in an open container in the venue toilets, with an announcement to delegates to add/subtract/do with it as they wished. The money largely disappeared over the evening and reactions, some of them strong, ran a pervasive seam of charge and disturbance throughout three-day gathering.

The Business Experiment Raffle produced a substantially different effect. A manouever in dissociative funding, raffle entry (one £1 ticket per RADMIN delegation) required ticket-buyers to be present at the Raffle Draw. Each entrant was then tasked with delivering a 30-second plan, brief or dream for a business experiment which they could or might do, were they to be the winner, to the assembled auditorium. Then the £2,500 prize was randomly drawn from a hat and issued with no strings attached.

The RADMIN pre-reader and post-reader are available for download..