Exploring the geological substrates of digital technology in a series of lithic attunement exercises. Part of Alchorisma, a worksession and publication looking at relationships between algorithms, charisma, rhythm, alchemy and karma. FoAM's lithic attunement exercises are an invitation to reestablish relationships with local geological entities and glacial timescales by algorithmically re-confusing binary distinctions between nature and culture, human and non-human, life and death. 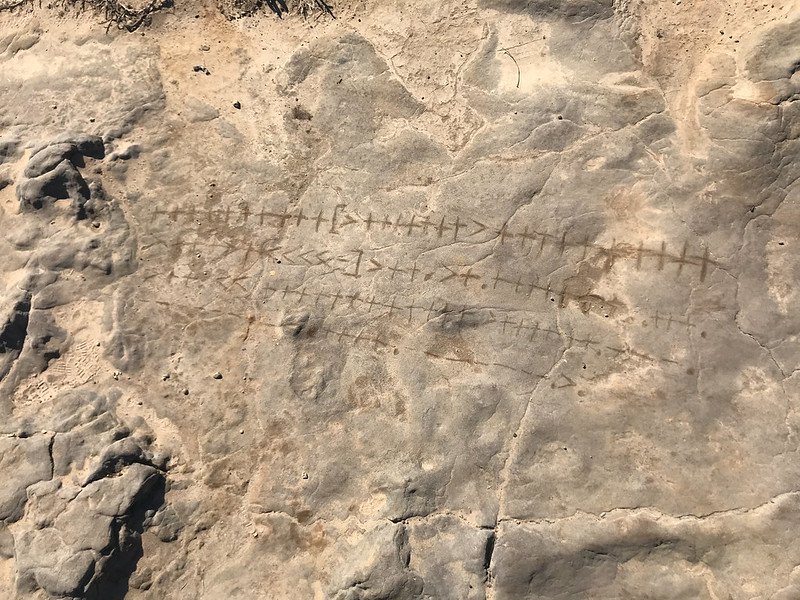 🝓 To begin with, find a small stone and hold it in your hand while you read.

When we talk about stones and rock, we talk about the thin planetary crust of minerals. Some are formed from recycled bodies of plants, animals and insects. Some are the Earth's volcanic and sedimentary regurgitations. Some are as old as the planet, others as old the stars that gave birth to it. While you might see yourself as a very different being from the stone in your hand, minerals circulate through your body, shape your bones and support your digestion. When you die, you will return to the mineral realm. The organic dissipated into the inorganic. On a geological timescale human bodies are as much in a state of transition as wind, weather or lava. Flowing and temporary. We endure continuous erosion and our inevitable entropy. Geology and biology, geology and technology, our inner and outer topographies are inextricably entangled.

Alchemists understood this entanglement as a working hypothesis. In alchemy the states and shapes of matter can be transduced, transubstantiated. Minerals into knowledge, in the creation of the Philosopher's Stone, or the long, careful series of transformations required to create a portable computer. On this mineral hardware, mathematical models and operational algorithms metamorphose into mythic signifiers with capacities to reshape cultures.

If we reconsider alchemy as a contemporary proposition, what could become possible that isn't otherwise? The alchemical union between matter and spirit suggests different relationships between hardware and software, between man-made and earth-grown technologies. In contrast to contemporary geo-engineering, which tends to see itself as separate from the world, an alchemist understands the world as a web of delicate connections and convoluted relationships. In an alchemical worldview, technology is less about control and more about negotiation. Alchemical technologies are more akin to grains of sand gauging their place among their neighbours, gradually settling in response to internal and external pressures, and over time fusing into rock. A solidified pattern of stone emerging from the noise of sand dunes.

According to Arabic geomancers, the masters of “science of the sand”, patterns are always present in the noise, one just needs attune to their inherent dynamics. Geomancy reads the landscape from a relational point of view, where the practitioner and their surroundings are inextricably linked. As much as we sense the presence of a stone, the stone can be subtly affected by our presence. This elemental scrying can uncover latent possibilities for mutual influence. Geomancy does not offer answers but rather suggestions for possible relationships between human lives and an indifferent universe. An algorithmic pattern finding.

“Through a process of attrition, nature has fashioned stones as strange offerings to the human imagination. With their landscapes and cloudscapes, and their nebulous writing. These figures in stone bind an arc between our proclivity for pattern recognition and our mythological imagination. They commune with the deep memory bank of human experience and expose this connection as a higher intention — a gift to us from the Earth itself.” —Paul Prudence 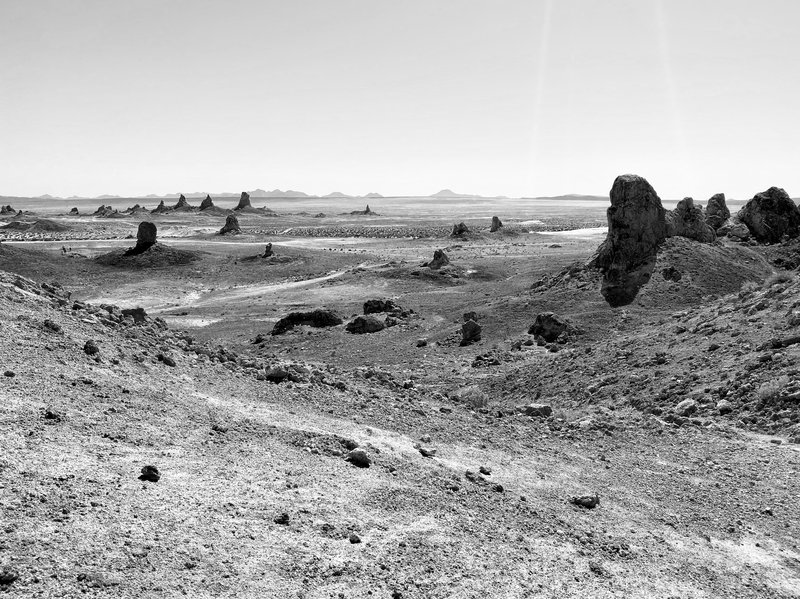 Rocks, stones and other lithic entities contain traces of charismatic and algorithmic patterns, as they function, break down, or diverge from human timescales. By attuning to these entities, you can directly engage with the mineral substrate of digital technologies.

Attunement can be understood as a particular sensitivity characterised by a careful, receptive, open awareness. It requires an active observation and adjustment to entities or situations. It assumes a willingness to be touched by external circumstances; to be lured, affected and changed by them. A deliberately hesitant engagement with other entities on their own terms, from quivering butterfly wings to earth-shattering volcanoes. Attuning relies on the human capacity to notice and participate in the asymmetrically reciprocal effects that occur in direct experiences of the world. A kind of “ecological intimacy”.

Although the capacity for attunement is innate for some people, it can also be developed, enhanced and refined through practice. In a state of attunement, the world can be experienced teeming with life. It's a mutualistic or symbiotic state of being, one that accepts human interdependence with the planet as a given. We are immersed and implicated.

Attunement practices are common in animist cultures, and can be found throughout human societies. There are some obvious resonances with current philosophical tendencies toward speculative realism or the long winding trails of panpsychism. Yet attunement is a concept that is often difficult to grasp in words, especially words that make sense outside of philosophical, ritual, performative or meditative discourses. It can most certainly not be abstracted as a set of algorithms. It is exactly this slippery quality of attunement that makes it interesting to work with. 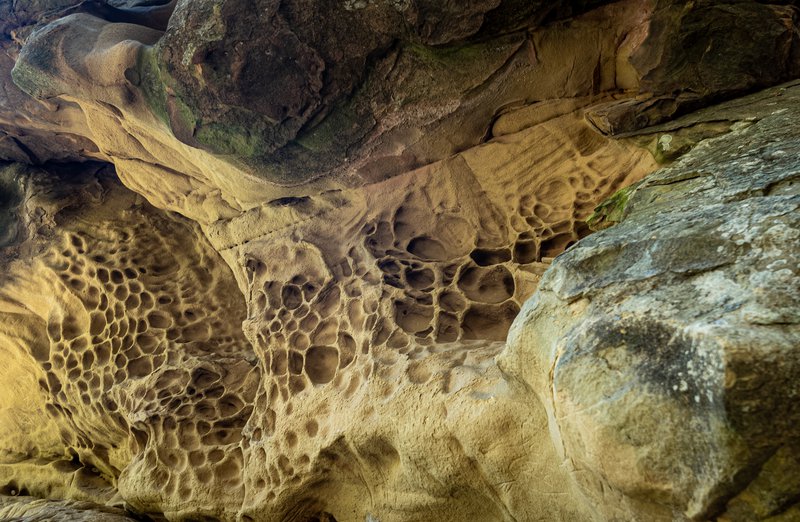 “Whether in the forest or in the clinic, noticing means a full sensory engagement with the sounds, images, feeling and general atmosphere of an encounter. It also means paying attention to, and trying to make sense of, what is not typical, capturing what might at first seem to be inconsequential details. These skills differ markedly from algorithmic pattern recognition – something we ought to appreciate if we’re not to lose them, and if humans and machines are to collaborate in fruitful ways.” —Anna Harris

The following exercises are an invitation to attune to the lithic entities in your surroundings. The emphasis is on the practice itself rather than working toward a specific goal. The practice is comprised of direct experience and reflection on the experience. You can repeat the process as often as you like, in order to refine and deepen the practice. The exercises were designed for small groups, however they are also suitable for individual explorations. 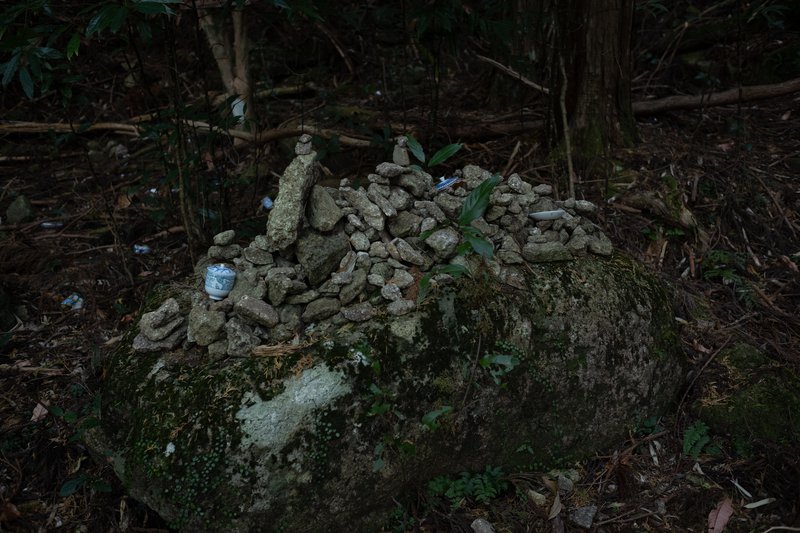 Exercise: A pebble in my pocket

How does your relationship with a stone change when you keep it close for an extended period?

Duration: from hours to weeks.

A simple exercise to observe how your relationship to a specific stone changes over time. You don’t necessarily need to do anything with the stone, just be with it, notice and attune to its presence. Do this exercise on your own. If you are engaging in this exercise with a group of people, share your insights at the conclusion.

🝓 Find a small pebble, stone, crystal or other mineral entity in your surroundings. Observe the stone using all your senses. Take a few minutes to notice any responses that might arise in your body or mind. Does it feel appropriate to keep this stone with you for a while? If not, find another stone and repeat the process.

🝓 Decide how you are going to engage with this stone and for how long. For example, you might hold the stone in your hand for a minute every hour or once every day; meditate on its shapes and textures; put it in your pocket and carry it around with you; place it on your desk or under your pillow. Whatever you decide, the stone should remain in close proximity to you for the duration of the exercise.

🝓 Be with the stone. Notice if and how your response to the stone shifts. You may periodically record your observations in a medium of your choice if necessary.

🝓 At the end of the chosen period, return to the place where you found the stone. Hold it in your hand and observe, just like the beginning of the exercise. Notice what emerges — sensations, thoughts, feelings, impressions, etc. When you are ready, return the stone to the place where you found it. Observe your reaction to this act of separation between you and the stone, and the act of re-integration between the stone and environment.

🝓 Reflect on your experience. Did being with the stone change over time? If so, how did your experience change? How did you relate to the stone at the beginning, middle and end of the experience? How do you feel about being more distant from the stone? 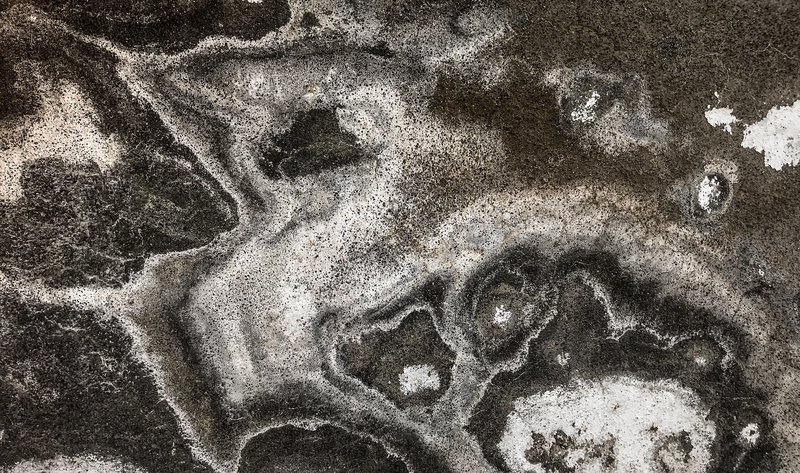 How do you experience your surroundings when guided by lithic entities?

Duration: an hour or longer

The exercise is based on the psychogeographic drift, a form of exploration of urban environments (usually) that emphasizes associative drifting or dérive. In a psychogeographic drift you let yourself be drawn by particular aspects of your surroundings, while observing how they affect your emotional, embodied state of orientation or disorientation. In this psychogeological meander, focus on the lithic entities you encounter such as stones, rocks, bricks, or sand. Conduct the exercise individually and in silence. You can record or document your experience if you’re so inclined.

🝓 When your attention is drawn to a particular lithic entity, slowly walk towards it. Pause at a distance that feels appropriate and focus all your senses on this entity. Notice their presence, their phenomenological qualities, their patterns and relationships to their surroundings. Notice what arises in you as a response – sensations, emotions, thoughts, ideas. Let these responses pass through you without interpreting them. When you feel your attention beginning to drift, or get pulled towards another charismatic stone or geological pattern, move on. Repeat. Continue to drift for at least half an hour, or longer if you prefer.

🝓 Return to your point of origin and reflect on what you uncovered. What did you experience? What did you notice? What do your surroundings look like from the perspective of geological patterns? What algorithms could produce these patterns? Note down your reflections. If you are doing this as a collective exercise, share your individual insights within the group. 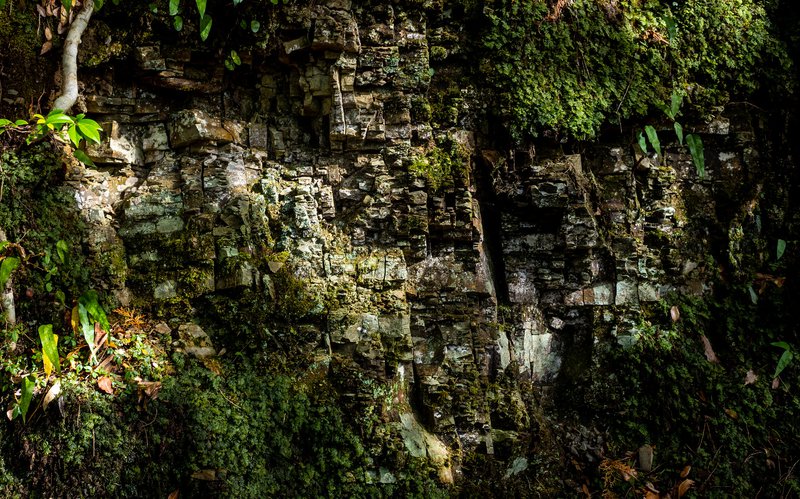 What do your surroundings look like from lithic and algorithmic perspectives?

Duration: an hour or two.

You can conduct this exercise individually, or in groups of 3~5 people.

🝓 Translate your impressions into a tangible form. For example, an illuminated story, a map, a lapidarium, a divination system for geological pattern recognition or something else entirely.

🝓 Find the algorithms. How would you abstract algorithms from the descriptions in the previous steps? Describe one of these algorithms as succinctly as possible. For example, as a list of instructions, a set of constraints, a grammar, a group of operations or transformations.

🝓 Apply a different algorithm. How might your lithic impression change if another algorithm would be incorporated? If you are practicing on your own, create an additional algorithm. If you are doing this exercise collectively, exchange algorithms between individuals or groups. 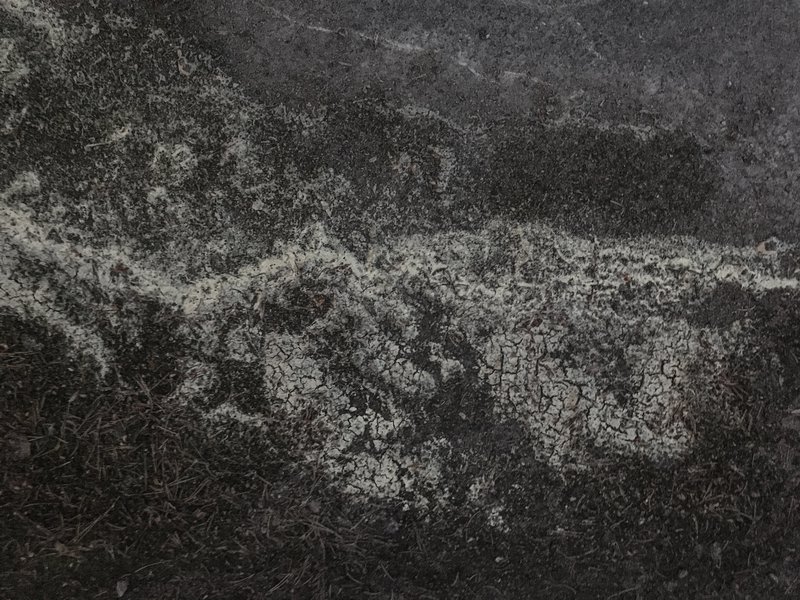 "There was a word inside a stone.

I tried to pry it clear,

mallet and chisel, pick and gad,

until the stone was dropping blood,

but still I could not hear

the word the stone had said.

I threw it down beside the road

among a thousand stones

and as I turned away it cried

the word aloud within my ear

and the marrow of my bones 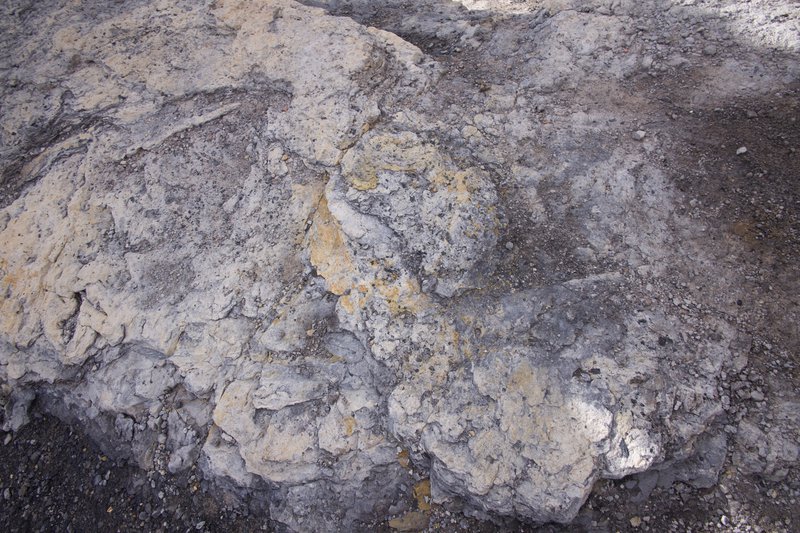