Rocket Boat Day, or the deconstruction of Barbie's Castle 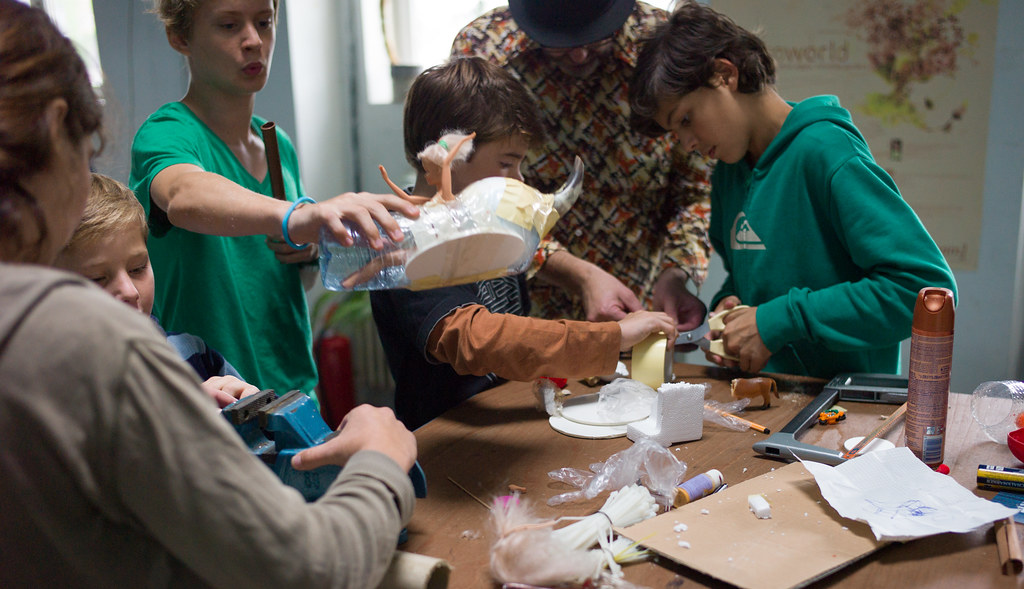 To start with we spent about three hours constructing our boats that would be rocketed away on the canal to the amusement of local kids, parents, and assorted Brusseleirs. As the boat building proceeded, Barbie’s head was cut off and replaced by the bust of a rubber duck, then fitted atop a possibly launchable craft. A pony’s castle teamed up with a roasted chicken and a swatted fly on a vessel the size of an airplane carrier, the whole assembly then coated in golden spray paint. Pinocchio was dismembered and mounted on a rocket launcher, and oodles of insulation foam was transformed into a large turd to be shot to paradise.

The youngsters were both ruthless and imaginative as they proceeded to rip apart their forgotten toys and find new purposes for them, and the older folk also seemed to become infected by the same disregard for functionality in their quest to create iconic designs that could both shock and impress.

As we walked to the canal later on we carried our constructions proudly as if they were trophies won in a toy store demolition championship.

Expectations ran high amidst the crowd as the first boats were launched and went shimmying across the canal to cries of excitement and applause, even though they mostly ended up capsizing, soaking wet and were only rescued just in time before sinking to the bottom of the reeking waters. The vessels did not gracefully survive being rocketed across the canal and most of them barely made it further than a meter amidst the billowing clouds of acrid, eye-watering smoke. 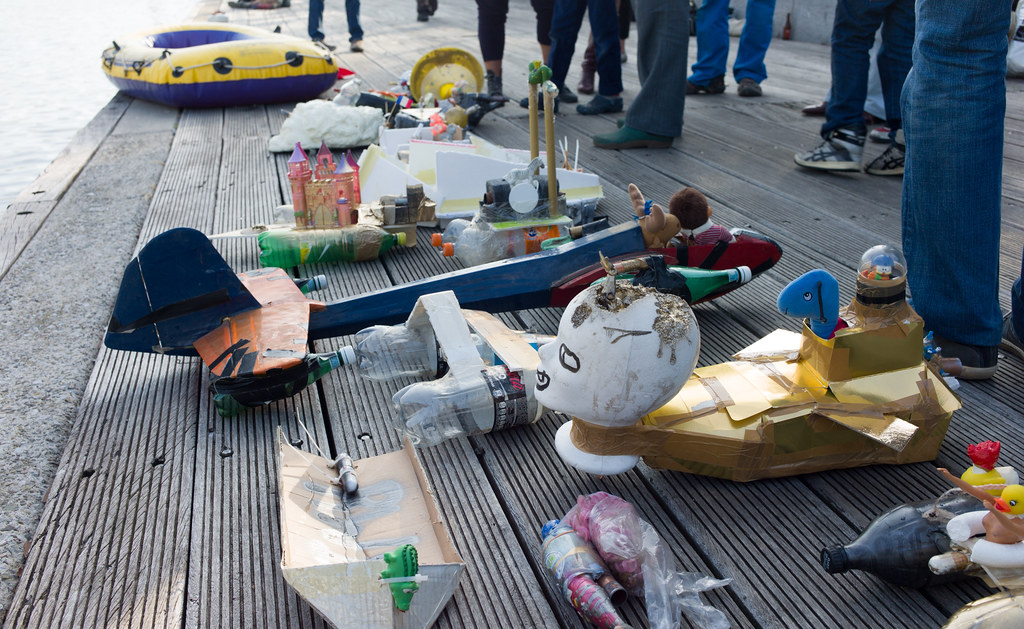 The day ended with a nourishing barbecue that helped us forget the remnants of smoke in our mouths and eyes; the kids were happy, the parents proud, and the canal replete with the bits and pieces of styrofoam, spent rocket engines, and broken Barbies of another year’s Rocket Boat Day.