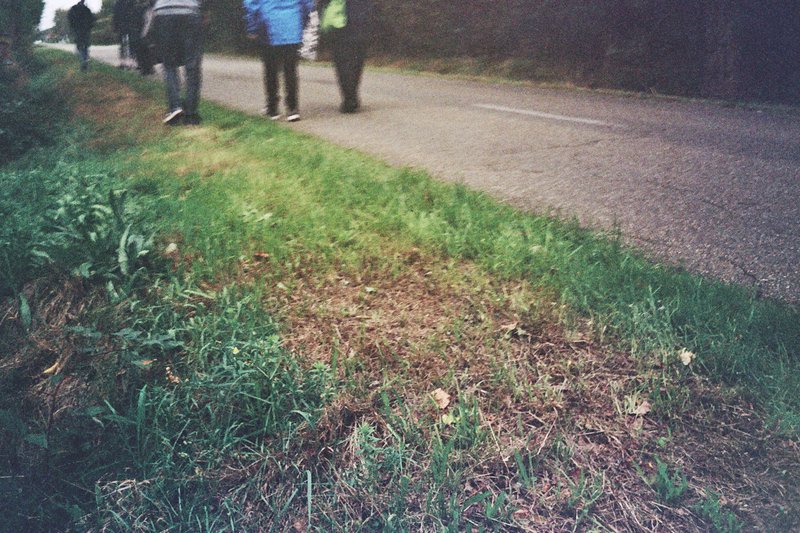 “Thank you for accepting me as I am and allowing me to be myself with the others,” said Wim after the walk. Wim is a 34-year-old highly intelligent autistic man. We didn’t do anything special this time, just a walk with the group. Some people knew each other, others came along for the first time and brought their dog for security and comfort. A walk with no obligation to do anything, but with the option to participate in some optional activities. Everyone could decide what participation meant for her or him: active exploration, observation, or keeping distance as far or close as they felt necessary.

As usual, I took several digital and analog cameras and allocated a specific task (this time they were to concentrate on the details and try to ignore the general setting). I also packed different materials just in case there was a desire to do something else: I took clay, coloured pens, paper, paint, coloured rope… I brought an empty bag for interesting objects that we might find on our way. Such objects can be a great source of inspiration, for memories, or tools for later activities. 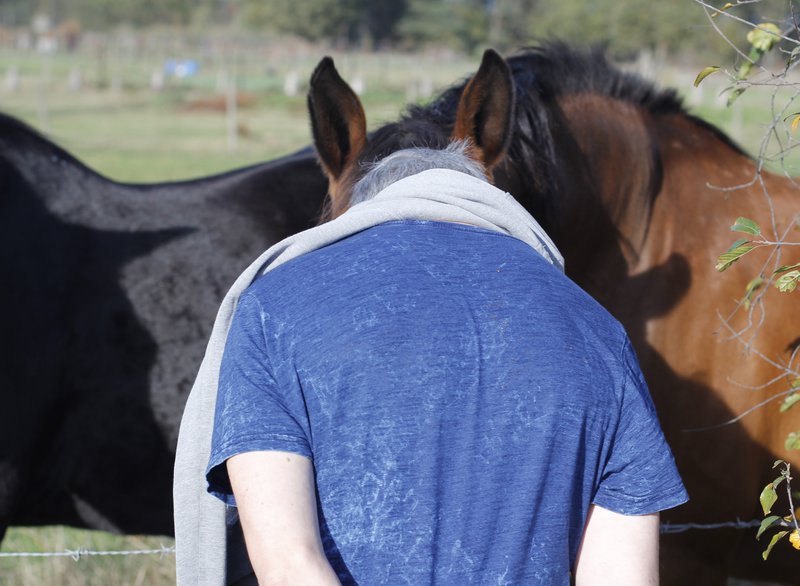 But let’s get back to Wim. How is it possible that a person in the prime of life feels he must be thankful to near stranger for allowing him to be himself? A man of many incredible self-taught abilities: he writes well-articulated prose in Dutch and English, takes numerous beautiful pictures, edits deep and dark videos and soundscapes… and much more. How is it possible this person can't find his place in the world?

He is certainly “different.” His tiny body contrasts almost grotesquely with his enormous opinions; his voice – when he uses it – is squeaky like a piece of old metal; he feels very self-conscious about wearing hearing aids in floppy, elf-like ears… But most importantly he cannot lie. When his ideas clash with those of people around him, verbal or even physical conflict is unavoidable. He doesn’t have a set of physical masks or verbal excuses that can protect him: if he feels uncomfortable, you see it in his body; if he doesn’t hear something properly, his hands tremble and he appears ready to jump up and leave the room; if he has to repeat what he says, his voice breaks as if he’s at a loss for words. But equally, if he’s let be without any pressure or becomes excited about something, his eyes burn with passion and his body flows like a graceful vessel.

When I think about Wim I’m thinking about my education in Russian literature. Often we had to write essays with such titles as “hero of our times.” This was seen as a central theme that could frame the works of Pushkin, Turgenev, Chekov, Tolstoy, and Dostoyevsky. Even if the main characters in Russian novels were very diverse, came from many different backgrounds and had incomparable roles in society, they all had something in common. The thing that connected them all was an incredibly strong feeling of self-worth and human dignity. These characters lived their lives as exemplars of honesty, trust and inclusivity and often got themselves in trouble because of that. They were not perfect. They mostly didn't fit in.

Somehow Wim represents that kind of hero for me. His determination and perseverance to go on, question what is happening in the world and openly criticise what doesn't work is a demonstration of human resilience. At the same time his vulnerability and troubles show me how fragile human fabric can be in unfavourable and difficult circumstances. It has little to do with the diagnosis of autism. But it has a lot to do with how easy it is to ignore and exclude someone that doesn’t fit into our picture of the mainstream.

You could write books or make films about Wim’s life. Drama mostly. Nothing like Dustin Hoffman’s Rain man where an autistic man is portrayed as unable to find affection, or an action film such The Accountant with Ben Affleck where an autistic boy turns into a cold-blooded killer because he needs to finish “it.” Films about Wim would be about betrayal and abuse by the people that were supposed to be taking care of him, about the hypocrisy of the society in which he finds himself – where standing for honesty and ideals counts as being irrational, negative or even stupid. His film would be about a search for love and beauty that often ends up struck against a wall; about the stigmatisation of anyone that looks, thinks or behaves differently. And beyond this, such a book or movie would be about autism. What it really is and how our society deals with it. 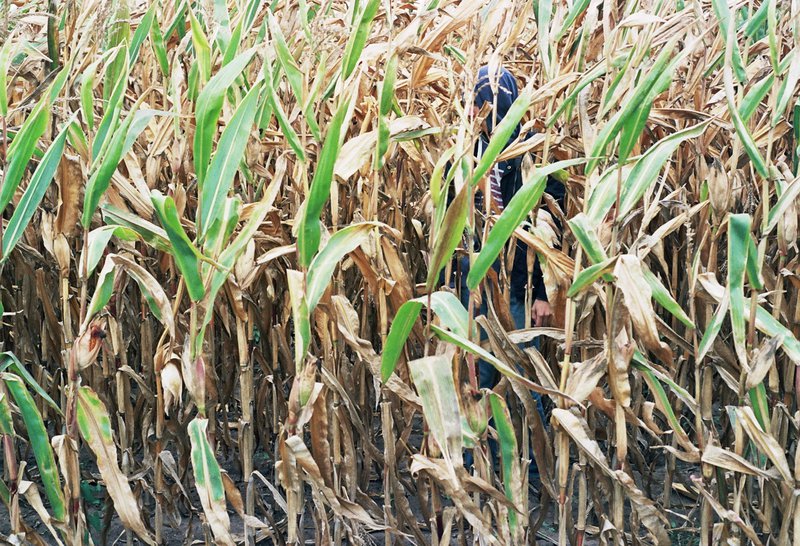 What is autism? As part of this project I’ve read a few books about it – good, bad, negative, and hopeful – but haven’t found a straight answer yet. Autism for me is the people that I’ve met. Each of them is different. Each of them has issues of some sort and needs help (just like me), but each of them has so much to offer and possesses skills that are out of reach for many of us. These skills become a burden only if a context for them to flourish can’t be found. Capacity for strong rational and categorical thinking, very direct reactions to sensorial input, intuition, expanded emotional range, intrinsic honesty and creativity. How can these be seen as problems?

Autism is on the inside. It can be invisible. It can be present in another person without you noticing it. Nevertheless it is there, manifesting itself as a different understanding of one’s surroundings and perception of the world.

To care for someone or something is to allow yourself to be touched by that. Touched deeply. When that happens you begin to see the true colours in the person next to you and in yourself. When you make such a connection, you understand that actually you have a lot more in common than your apparent differences.

This text is a part of ongoing research by Rasa Alksnyte supported by FoAM and Vlaamse Gemeenschap.