FoAM is a distributed network working across art, science, nature and everyday life. Since FoAM's inception we have been “growing worlds” in the interstices of different fields of knowledge, geography, and worldviews, creating immersive situations, participatory workshops, experimental publications, site-specific experiences and experiential scenarios. In a time of hardened borders and travel restrictions, we temporarily turned inwards; reaching back into FoAM's archives with an eye to what might be of use to us and others, while seeking new resonances and connections with things happening elsewhere.

Delving through 20 years of texts, images, and other media, scattered across backups, bookshelves, websites, servers, and a sprawling wiki, we've uncovered, rediscovered, and discarded many things along the way. Theories, practices, ideas, and techniques to proactively engage with a changing world. So here are five 'things' we have been thinking about, in some form or another, recently; five glimpses into our current preoccupations. The 'things' include fragments from our archives, along with resonant examples of current work by others, gathered around five areas of concern — hospitality, uncertainty, technology, ecology, and transience.

We met one of this newsletter's editors at an event we hosted online — an open lab, a durational performance, a printer party celebrating live publishing and open objects. During an eight-hour livestream, people gazed at their screens, watching pages slowly emerge from a printer and chatting among themselves. Beyond welcoming guests and creating the conditions for people to feel included, online hospitality requires a suite of new hosting skills. From real-time text-jockeying and distributed group dynamics, to improvising with dropped connections or bandwidth discrepancies, reworked to become integral parts of the event flow.

What does it look like to host hybrid events, where some things happen solely on screen and others depend on a tangible physicality? At our printer party, the tactility of the paper and smell of ink was compressed into pixels, cocktail recipes were adapted to accommodate ingredients participants might have at home. With only a loose hold on time and continuity, page breaks and video lag caused stutters and shifts. Printer and chatlog aligned unexpectedly, then fell out of sync. Nonetheless, being able to gather together while physically separated can weave a vital thread between people and places; a shared and scattered intimacy. 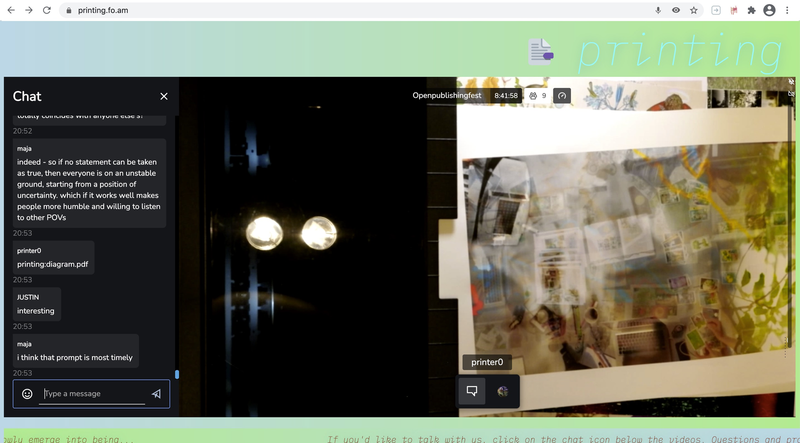 At the edges of online events, bodies groan. Hunched over keyboards, eyes bleary from flickering screens, dancing in place to a distributed soundtrack. Stripped of the comforting sway of adjacent flesh, each connecting from different places and timezones, yet still capable of creating a makeshift convivium, with and for each other.

What other forms of hospitality are possible when “locked down” or physically distant? How has the pandemic reworked the household and studio as spaces of social engagement? For those used to working in shared spaces and trans-local networks, the past years have required significant adaptation. Some of us were unable to 'return home' due to travel restrictions, so our spare rooms, caravans, and apartments became shared resources. Some were inhabited, some left empty. Those that were empty became shelters for displaced friends and colleagues. Hospitality extended to infrastructure. But what constitutes a hospitable infrastructure during times of isolation? Tracing our paths in the early days of the Covid-19 pandemic led us to challenge what and where we consider 'home', and what our homes can become. 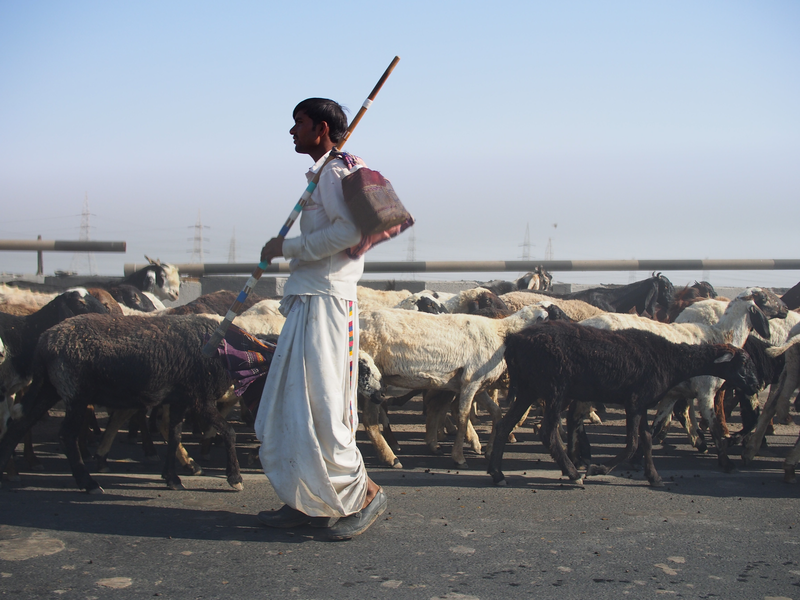 In the early weeks of “the long March of 2020,” we wrote “Will the pandemic become yet another catalyst for violence and fragmentation? Just another reason to solidify borders and create distance from the other, the foreign, the uncanny and the unknown? What happens to those of us who exist between borders by choice or by necessity?”

It seems ever more apparent that we “live in a time of transition from a flawed (yet known) state into the unknown, with no proven models to ensure thriveability in the near future.” But what can we learn from those whose livelihoods already depend on grappling with uncertainty? What of their tools and strategies can be translated, adapted, or developed anew?

Some provisional answers can, perhaps, be found in Seeing Pastoralism, a (virtual) photo exhibition (and printable newspaper) exploring how pastoralists understand and respond to uncertainty. Based on long-term research with pastoralist communities in China, Kenya, Ethiopia, India, and Tunisia, the exhibition illuminates settings where uncertainty is pervasive, through encounters with locust swarms, goat carcasses, pork sausages, solar panels, statue burials, and unaccredited cheese. 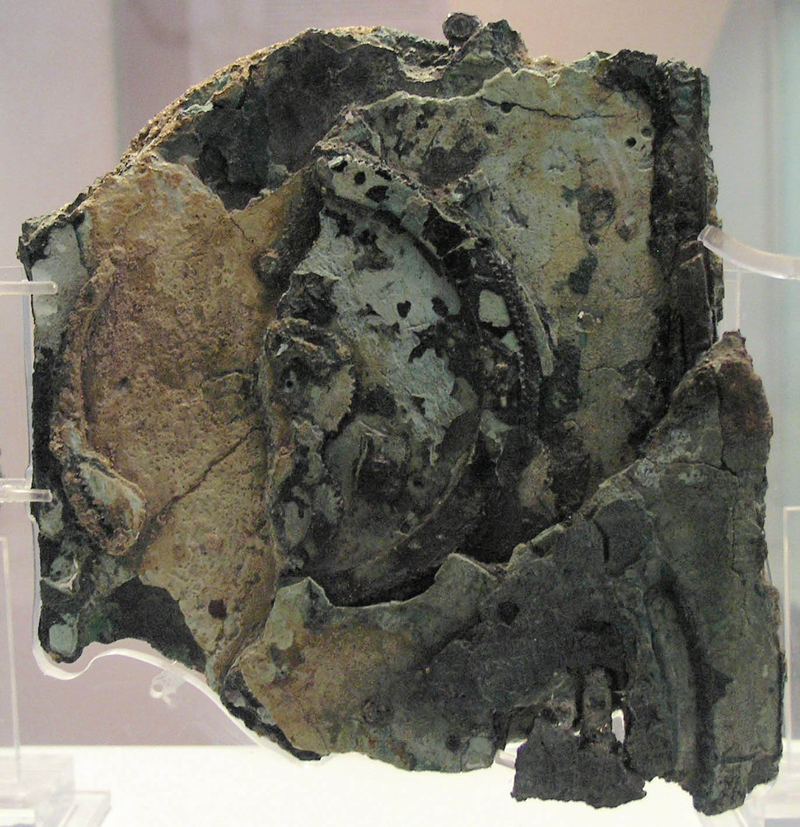 Fragment A (rear) of the Antikythera mechanism; photo: Wikimedia Commons.

In the words of media theorist Matthew Fuller, working with technology today requires us to “understand and reformulate what we do in terms of the crucial realisation that the planet we inhabit is undergoing a catastrophe in which technology is both deeply implicated (the internal combustion engine, powered flight) and never more required (atmospheric monitoring and computer simulation of climate and ecologies).”

Revisiting the hopeful, liberatory promises of new media and digital networks, amid chatter of non-fungible tokens, proliferating Zoom windows, and automated commerce bots, we have found ourselves drawn to alternative technological imaginaries and other ways of being. In stark contrast to endless upgrades and planned obsolescence, permacomputing takes a “holistic approach to computing and sustainability” inspired by permaculture. We recommend this interview with sloop-propelled artistic duo Hundred Rabits, who introduce the concept, and talk through some of the challenges of working creatively with technology at sea.

Devine: “Because we work entirely from donated second-hand devices, backward compatibility is more important to us at this point. In our eyes, better software is software that gets smaller over time, that sheds the superfluous, and that reaches further backward in time for that onto which it can run. […] Are computers something we’d like to preserve going forward? How much is worth keeping? And so forth. This is what people consider when thinking about permacomputing. I don’t know the answer but it’s something interesting to explore.”

Those answers can come from unlikely places. LONO systems (low or no power), Ethereum’s World Computer, and the “communal computer” of Dynamicland raise as many questions as answers. The ambitions of Xanadu or Cybersyn hum in the background. Simulations with CESM (Community Earth System Model) continue on a planetary scale, while researchers in “Unconventional Computing” find ways to compute with liquids, chemical reactions, slime moulds, and algae balls.

What if we were to broaden the spectrum of metaphors we use for human behaviour? We share common ancestors with cephalopods, fungi and micro-organisms. We could develop non-verbal communication inspired by octopuses, who change the colour, shape and texture of their skin. Their distributed nervous system could become a metaphor for the human exo-nervous system, as it extends through networks of connected devices. We could broaden gender discussions with the 36,000 sexes of fungi, or hermaphroditic snails, or fish that can change sex. Think of the Endoliths — organisms that live inside rocks, crevices of animal shells, or the pores between grains of minerals, filling ever more extreme niches. They can live many kilometres beneath the Earth’s surface, surviving without water, feeding on iron, sulphur and other inorganic material. Could the Deinococcus radiodurans become an archetypal hero of our times? “The world’s toughest bacterium,” able to survive radiation, cold, dehydration, vacuum and acid. Imagine our bodies with such bacteria living on our skin. 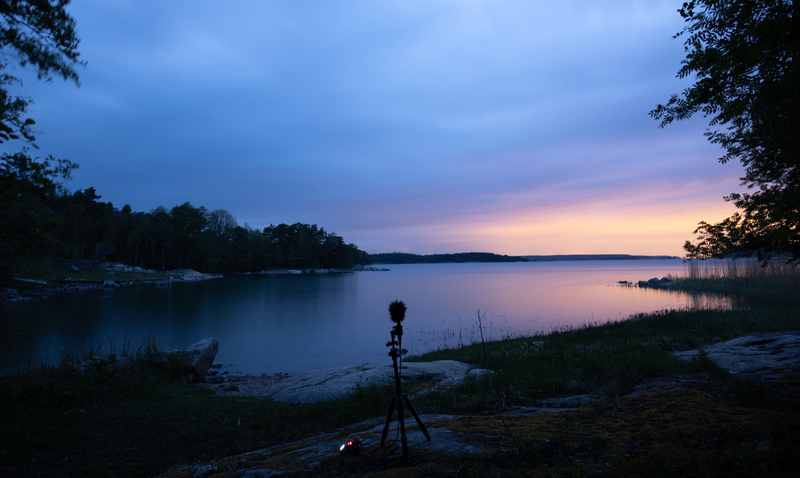 These stories and metaphors might be felt rather than told. In sound, scent, touch and light, experienced at the limits of the visible spectrum, pulsing at ultraviolet or infrared frequencies. They might inhabit the radio spectrum or create divergencies across the spectrum of acceptable behaviours. Spectral stories, stories of cosmic spectra and planetary spectres. The folk tales of unquiet matter.

Listen, for example, to “The Noisiest Guys on the Planet", the nordic shrimp in their native habitat, heard and transmitted in the field recordings of artist Jana Winderen. As she says: “Underwater there is very little known about the soundscapes created by living creatures, and few understand the details of variations between the various grunts, knocking sounds and rumbling sounds that cod, haddock, pollock, other fish and crustaceas produce, and how they experience and orientate themselves through the use of sound.”

5/ Tending to the transient and the overlooked

Beneath the dense noise of humanity, countless tiny critters fill the air with chittering, buzzing and clicking. Sparse atmospheres seething with intermittent bursts of activity. Vast geological scales cast long contours across space and time, imposing a silent, harsh indifference. The hollow sounds of failed experiments adrift in the effervescent flurry of progress. Intensifying densities and distances. The desert expanse is suffused with the murmur of matter transforming, expanding or disappearing, as dust storms gather in the wavering shadows of the Anthropocene.