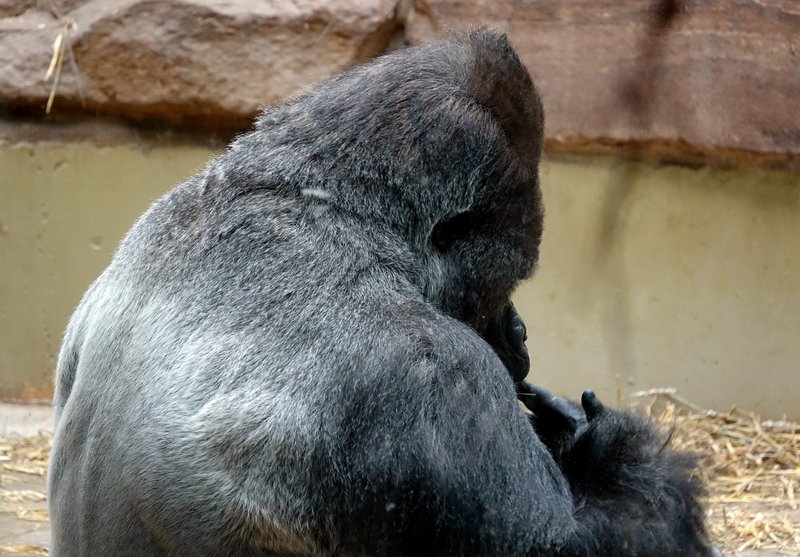 Fieldwork at the zoo

Theun: Fieldwork always includes adapting to unexpected circumstances, but you really had to improvise right?

Heather: We had extensively mapped prime ant spots in the zoo, but I arrived to find it snowing in the middle of spring. There wasn’t a single heroic ant in sight. So I had to readjust my plans on day 1 and move indoors with the gorillas, where ants live among the plants in the borders throughout the building. My residency focuses on animals that live in the zoo on their own initiative, like these ants, and having them just next to such a huge enigmatic creature as the gorilla, made the politics of attention in the zoo very present.

The ants and gorillas form a nice juxtaposition; two species that need a lot of social interaction as a group, but the dynamics are so different. The interaction between gorillas changes dramatically, there are quiet times and very volatile times, you see teasing, parenting, rivalry, boredom, chest beating… and at other times they are quiet and focused on eating, delicately picking up tiny grains of wheat with their fingertips and patiently blowing grain in their palms to separate the wheat from the chaff. Compared to that, interaction between ants looks indistinct and constant, like a stream of energy. It’s difficult to engage with any one individual. Observing ants, you do get into a meditative state, tuning in to the rhythm of the colony. 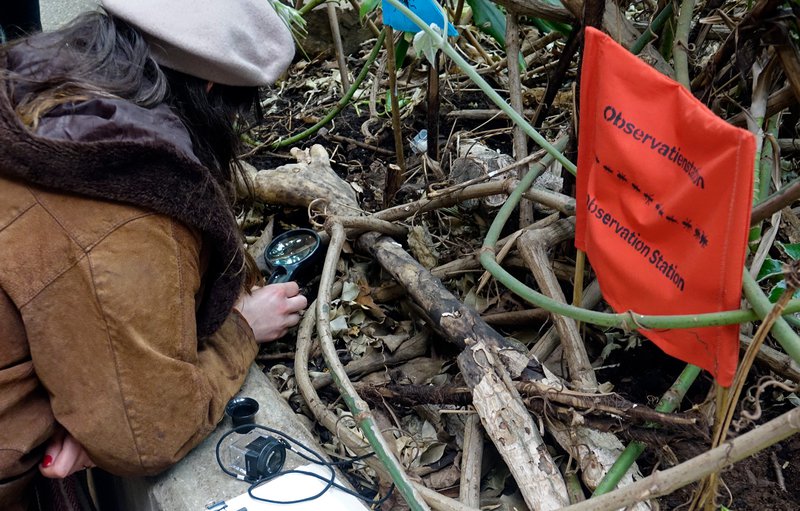 H: I’m interested in emergent behaviour of organisms such as slime moulds and ants. They are self-organising, adaptive and non-hierarchical. The ant colony is a massive sisterhood, with one shared goal to look after the queen and her brood. Their lives are profoundly distributed, where the allocation of roles can change depending on what is needed: a nurse can become a guard, a cleaner become a forager, but without any overarching control mechanism. No individual ant has an understanding of the colony as a whole, yet the colony possesses a global intelligence. Information is constantly cascading through local interactions. I am fascinated how knowledge is held by the collective body.

The act of looking at the ants in the gorilla house also means not looking at the gorillas. That is quite a shift to make, when the gorillas are just a few feet away, behind a glass window. Both visitors and gorillas need some time to adjust to that. In the beginning the gorillas may have been a little jealous of the attention I was lavishing on the ants - they certainly expressed interest and curiosity in what I was doing in the bushes - but the lives of these species happen at such different scales, that you simply can’t observe both at the same time.

In order to draw the visitors into the world of the ants I have made small observation stations, simple devices intended to draw out the behaviour of ants and draw in the attention of the viewer. These stations offer food to the curious ants whilst out foraging and act as viewing devices, with magnifying lenses, cameras and microscopes helping to mediate between the scales of human and ant.

Attracting the ants to the observation stations is a major part of the research. Ants love novelty, so this is really about maintaining their interest. To work with living systems like an ant colony, you have to understand that system. The first stage is observation to understand its behaviour and needs, followed by interaction, providing small invitations or interruptions to test or amplify what is happening naturally. Exploring (and influencing) foraging behaviour is a nice way to interact with the colony. We only see the workers above ground of course. Most of the colony never comes out of the nest. There is a lot of speculation about what is going on underground, but you can pick up clues from the foragers. If they are carrying something, they are likely to be on their return journey so you can follow them and find a nest entrance. Gradually you start to see patterns that give an indication of what is going on at this scale. To do this you have to filter out everything else. 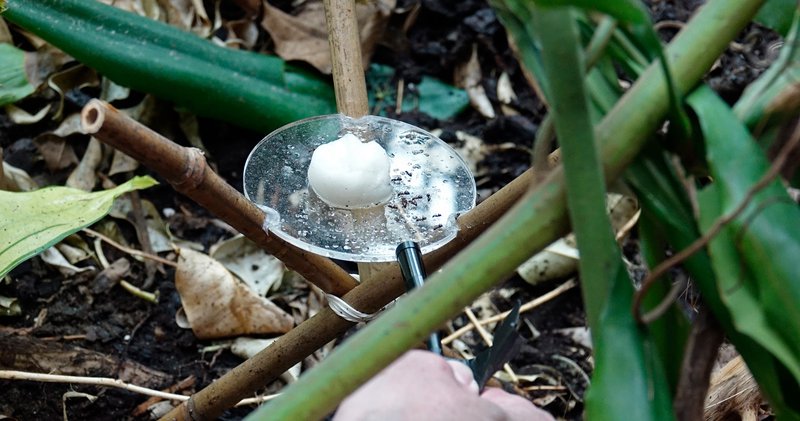 The politics of attention

T: how did the politics of attention play out in the gorilla house?

H: Visitors aren’t just looking at the gorillas, they really want an encounter. I’ve observed visitors trying to get the animals attention in different ways. I’m curious about what drives this desire, whether the humans want to be seen by the gorillas or if it is about establishing some form of connection. It doesn’t seem to be enough to simply watch and learn. In the time spent in the gorilla house I have noted a rich array of complex behaviours across all the species being observed, the ants, the gorillas and the humans.

The aim of the project is to question perceived hierarchies of life, which animals we chose to look at, appreciate or study. Ants might be small but they are deeply fascinating and definitely worthy of our attention and our time. Their foraging behaviour is used as a model to solve travelling salesman problems. Their collective decision making on nest choice is used as a model for predicting migration patterns. Many curious humans are asking questions about the biological algorithms that drive their collective coordination. I’m not so interested in the mathematics of the colony, but through observing and understanding self-organisation at this level we can question our own behaviour. An individual ant isn’t very intelligent, but the colony has great intelligence as an entity. The ants exist in constant dialogue with the environment around them, responding to changing circumstances - a dynamic adaptive system. If we can take notice of that, we might find more reciprocal ways to live on this planet with its abundant diversity of life..

The great unknown in our own backyards

T: At the end of her first week in the residency Heather became inhabited by uninvited guests herself, meaning she had to improvise much more radically than with the snow. A coronavirus infection meant she had to self isolate in her apartment, leaving the research at stage 1. In June we hope she can rejoin us to work on the second stage of the observation stations that will enable visitors to experience the ants more close up, by microscope, by endoscope and even hearing their tiny footsteps via touch-microphone.

We spend some time outside by the Gorillas before Heather heads back home. They are going around in a small chaotic parade which the male somehow leads from the back. It seems inconceivable that we classify these beings as animals, and incredible to think that there still are some living in the wild on this planet right now. What astonishing wealth is fading away around us. The ants Heather is trying to put centre stage in her research are small miracles in their own right. Perhaps one of the biggest challenges for us is to appreciate the non-exotic. Because the world has reached a point where every ant, every hoverfly and every little herb is crucial. Can we bring our selves to appreciate what is there before it becomes rare? The politics of attention is not just at play in the zoo, but really affects the survival of species. Heather is bringing all this to Machine Wilderness and it feels like a precious gift to be cherished. 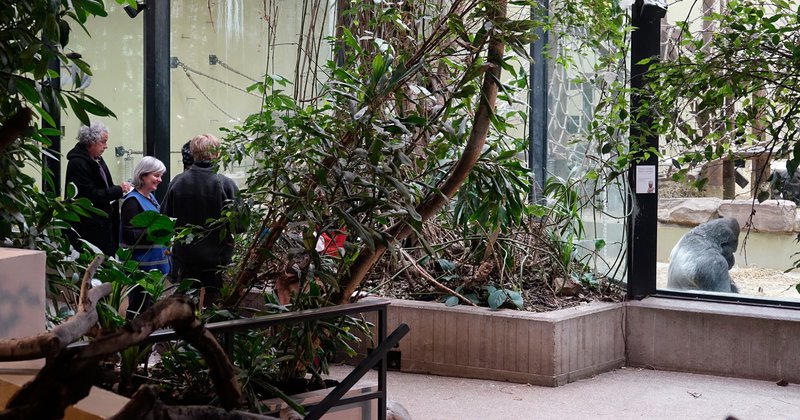